by Nathan Singson on 1:39 PM in Opinion
No single libel suit. Rappler’s editors and staff are not even sued for their harsh criticisms against the government. Yet Maria Ressa is claiming to the world media that she is politically harassed by the government for going against them. Veteran journalist Ermin Garcia Jr. sets the record straight. This is not a press freedom issue. Far from it. 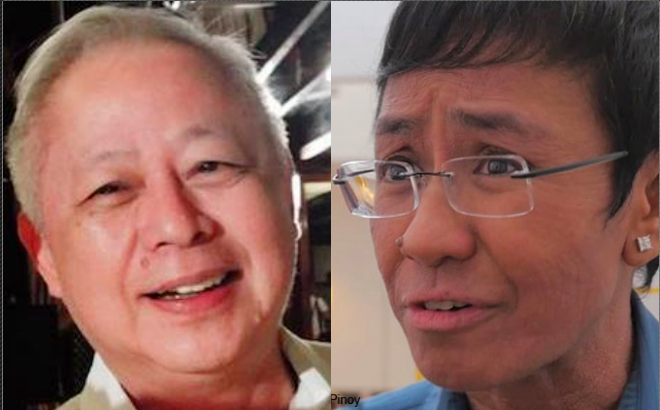 In a meaningful post he shared on his Facebook page, former Manila Times publisher and veteran journalist Ermin Garcia Jr. condemns Ressa’s portrayal of herself as a victim of political harassment just because the government filed a case against her. And the fact that she is dragging the issue of press freedom in her predicament.

Garcia Jr. reiterated that the case against her has nothing to do about press freedom, or Rappler’s daily news coverage. She was found to have violated the Tax Evasion laws and therefore answerable to the courts for it.


Not A Single Libel Suit

If Ressa’s case is a press freedom issue, the government should’ve filed libel suits against her and Rappler. The fact of the matter is, there were no lawsuits filed with regard to their critical reports against the government. Not on Ressa, nor her editors and staff in Rappler.

This was not the case for Garcia Jr., who faced a 100 million libel suit by palace occupants in 1999 during his Manila Times days. He and his staff were likewise sued in 2014 for a story about the city hall. Both of the cases were dismissed but the latter was pending before the Supreme Court.

While Ermin Garcia Jr. felt that he too was harassed due to his political views and opinions. He never cried out and faced it like a true journalist. For the grizzled veteran, harassment comes with the job. It was not suppression of press freedom, it was simply the dangers of being a journalist.

Now that is a true blue journalist.

"CASE FOR PRESS FREEDOM? Rappler's CEO Ressa cries political harassment and takes her case to world media as a press freedom issue. . Yet her case involves violation of laws that had nothing to do with Rappler's daily news coverage.

Ms. Ressa is not even facing a single libel case. Not even one of her editors or staff is being sued for their critical reports. Yet she already portrays herself and Rappler as victims /targets of an assault on press freedom for practicing their brand of journalism.

In my little corner, harassment is about being sued

2. For 2 counts of libel each vs my cartoonist and i, , and 1 count for each of my 7 staff whose names were listed in Sunday Punch editorial box, over one story about city hall in 2014. (I had to fork out P110k in cash bond). Note: The named source of the news item, the mayor , was not impleaded. The case was filed by a bank owned by media mogul in the country. Atty Ferdinand Topacio filed those cases. (Case was dismissed by the RTC, overturned (!) by CA, case now pending before SC).. Thanks to Centerlaw for representing us.

Did we cry harassment!? No. We faced them squarely.

In my book, these are called hazards of the practice. Harassment? Yes. Press freedom issue? Nah!!

Is Ms. Ressa's/Rappler's case, a case for press freedom? Next claim, please."