by Nathan Singson on 1:47 PM in News
In 2016, Senate Minority Leader Ralph Recto said that he does not favor federalism, the proposed shift in the form of government by the Duterte camp, because he thinks it’s “ugly”. 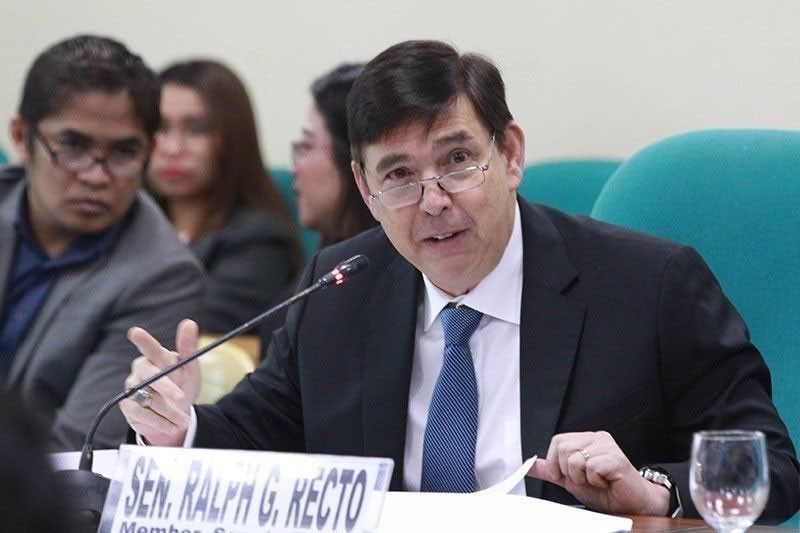 
“I think all you need are amendments to the Local Government Code. I don’t think you need to tinker with the Constitution and totally revise it to have a federal system of government,” he added.

He said that the proposition coming from the Duterte administration is flawed mathematically.

“Who pays for the subsidy in ARMM? 65 percent will come from the three regions. Now if you’re going to  make federal states out of these regions, will  other regions lose the subsidy?” he said.

He adds that if only 20 percent of the national wealth is given to the central government, and 80 percent is allocated to the federal state, it will be problematic because then they will have to assess how to properly divide the debt of the country.

“How are you going to divide the debt of this country? Interest expense on your debt is already 13 to 15 percent. Who’s going to pay for it? We will only have five percent left,” he said.

"You know, if you put the pesos and cents in the proposals, and you add the numbers to all that, that math is wrong," he added.

Recto also added that although he disagrees with the president, he thinking that he will eventually change his mind anyway.

"I think that in the next few months that he's sitting in a different saddle as the president of this country he will have a different view," Recto said.

"It's a different saddle, different perspective now," he added.

He adds that he feels that Duterte favors a unitary and more authoritarian form of government.

“So will he be willing to give up his powers? I don’t think so,” he said.

“Apparently mining is very much centralised today. Are they willing to allow that (in) provinces? I don’t think so.”