by Nathan Singson on 9:07 PM in Opinion
On January 23, the World Bank’s International Center for the Settlement of Investment Disputes (ICSID) ruled that former President Benigno "Noynoy" Aquino III’s cancellation of the P18-billion flood-control project, or the Laguna Lake Rehabilitation Project, was illegal. 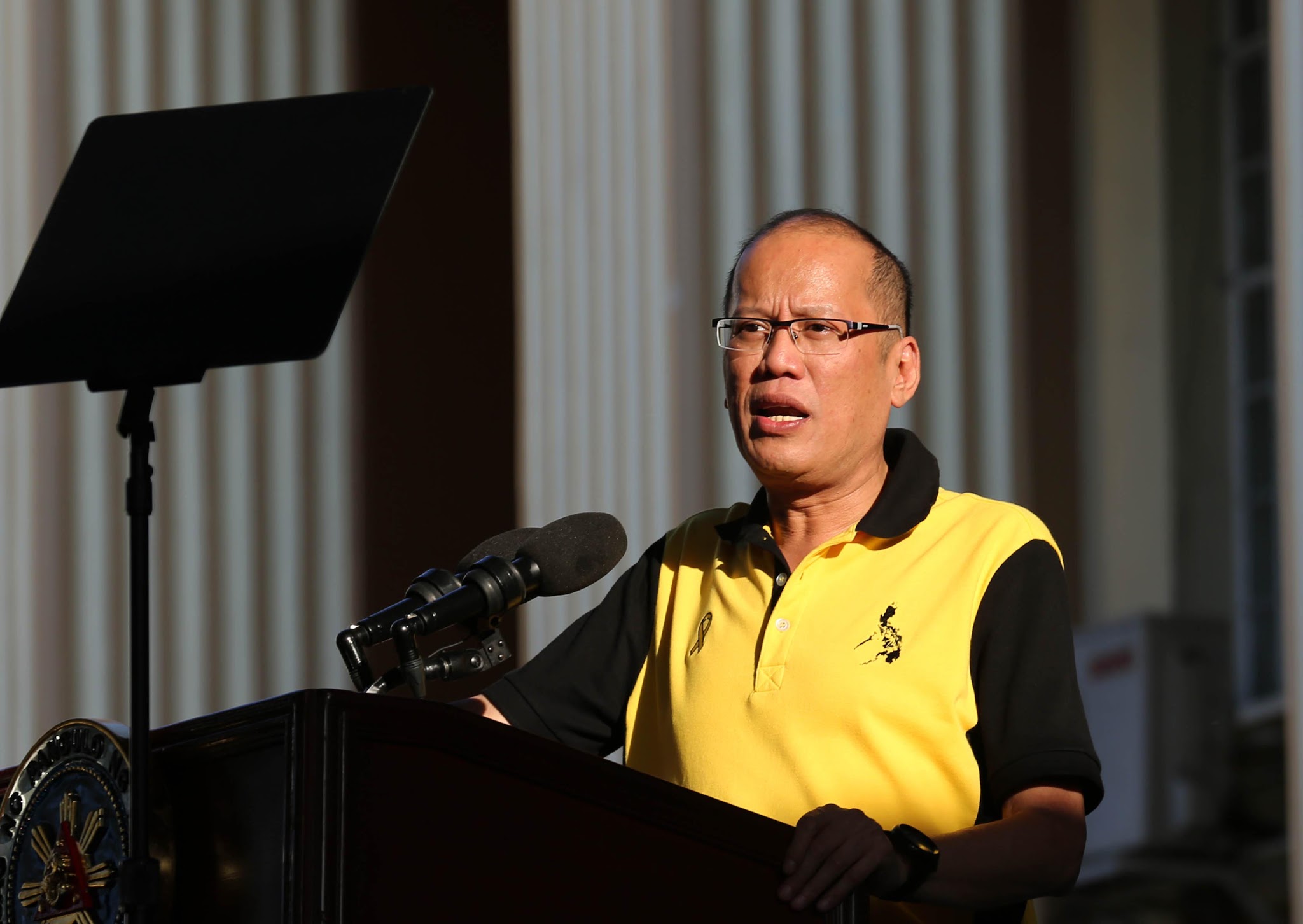 Former President Noynoy Aquino III / Photo credit to the owner
The ICSID demanded the Philippine government to pay the Belgian firm, Baagerwerken Decloedt En Zoon (BDZ) an amount equivalent to what has already been put into the country, plus interest costs.
It wouldn’t be fair for the administration of Duterte to ask the taxpayers to shoulder the huge amount of penalty because it was only Aquino, not even the Cabinet or a government body, that called for the cancellation of the project. 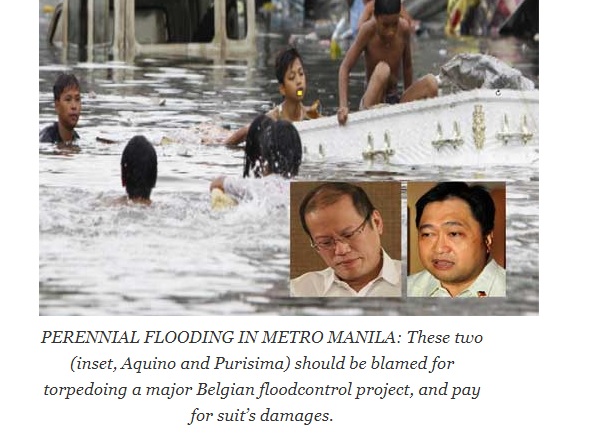 Photo credit to the owner
Furthermore, Aquino didn’t formally inform the BDZ of the cancellation.
“Why should we taxpayers pay the cost of Aquino’s hubris and idiocy? Duterte must find ways and means to legally require these two billionaires—Aquino and Purisima—to pay the P1 billion penalty imposed by the ICSID,” said Rigoberto D. Tiglao.

If the project was not cancelled, the flooding in Manila would have been greatly reduced in 2012 which was the scheduled completion of the project. It was a priority project of former president Gloria Arroyo during her administration. 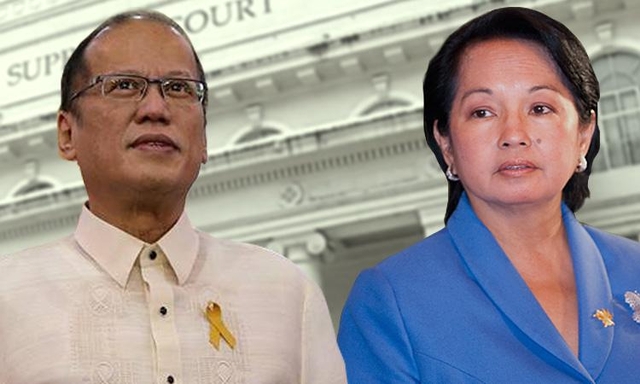 Former President Noynoy Aquino III and Gloria Macapagal Arroyo / Photo credit to the owner
Belgian Prime Minister Yves Leterme vouched for the project’s integrity. “As I understand from the report of this expert, the project can be an undeniable improvement for the Metro Manila area and alleviate flooding, improve local transport infrastructure and increase water capacity,” Leterme wrote in a letter to Mr. Aquino in March 2011.
However, he was snubbed by Aquino while the latter instead claimed that it was a “big joke” since it would “just move silt to another portion of the lake.”

Tiglao added, "Why did Mr. Aquino cancel such a crucial project? Because of his irrational, apoplectic bias that everything his predecessor President Arroyo, did or planned was corrupt. Just a few months after he assumed office, Mr. Aquino claimed that the project was a “midnight” corrupt deal of the Arroyo administration. The mainstream press of course toed the Palace line, and Aquino even got the leftist organizations, especially Bayan Muna and Akbayan representatives in Congress, to echo his baseless allegations.”
According to him, the cancellation of the project would go down in history as one of the most tragic and shameful episode, where P1 billion worth of taxpayers’ money will be paid all because of the ill-will of a President to who came before him.
“Make Aquino and Pursima pay not just for their arrogance and stupidity but also for the suffering they’ve caused the nation,” he said.
***
Source: Manila Times
Share This:
Facebook Twitter Pinterest Linkedin Whatsapp Whatsapp
Opinion
By Nathan Singson at 9:07 PM