by Nathan Singson on 12:08 PM in News
International food Vlogger Mikey Chen who is most known for going around the world and tasting local dishes and sharing his food adventures to his 300,000 followers, shared his experience travelling in the Philippines in his Vlog. Mikey Chen / Screencap from his video

Chen recounts how he and his companions were charged P2,300 to travel via taxi from NAIA Terminal 3 to Terminal 4.

In the video he uploaded in his YouTube channel “Strictly Dumpling”, he said that they went to Terminal 3 by mistake and had to transfer to Terminal 4 to catch their flight to Cebu.

“We went to Terminal 3 for some reason by mistake and we’re going to Terminal 4 and they’re charging us P2,300 to go to one terminal. Going to any hotel in Metro Manila is only 2,300 so this guy’s ripping us off here definitely,” said Chen in the video as he showed a laminated meter rate to the camera.

“Our Uber from our hotel which took an hour was only P400 so don’t ever take this company if you’re in the airport, this is like crazy. This is robbery right here,” he added. 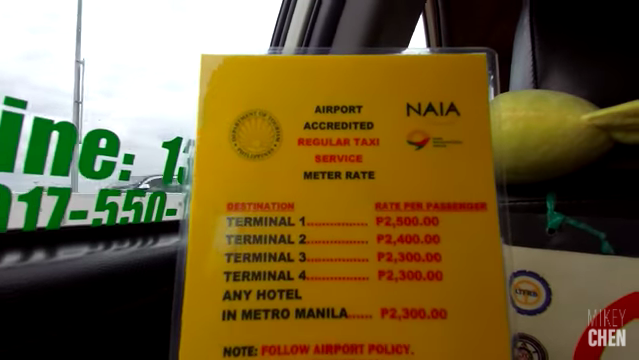 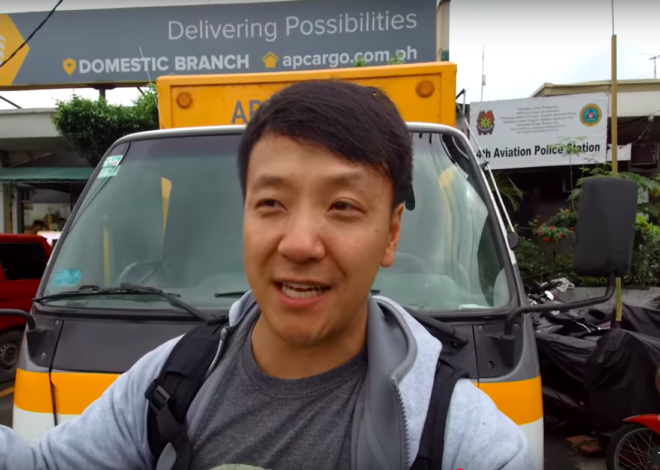 Mikey Chen / Screencap from his video

The card said that the taxi was “airport accredited regular taxi service” and that the ride to Terminal 1 was P2,500, to terminal 2 was P2,400 and P2,300 to Terminal 3, Terminal 4, and any other hotel in Metro Manila.

“I thought maybe like you know they’ll charge us a little extra but to give us a rate card asking us for 2,300 pesos?” he said.

“That’s 50 dollars to drive from one terminal to the next while our Uber that took an hour to get to the airport cost only 10 bucks. This is the most crazy scam so make sure you get the right terminal. Watch out for this,” he added. 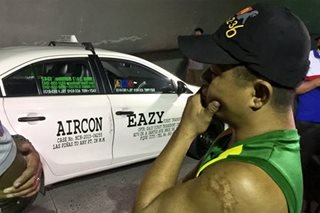 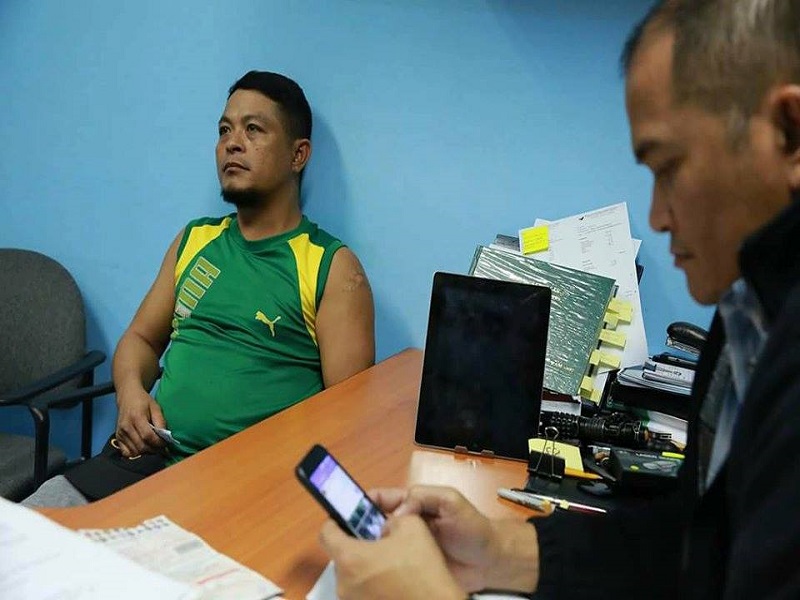 Chen also said he and his companions reported the cab driver to the police, who told them the fare should have cost only P200.

“So we reported the cab driver to the police and they told me usually like a fare from one terminal to the other is 150 or 200, 250 at the most. So its good, they’re gonna hopefully find this guy and discipline him and hopefully this won’t happen to anybody else.”

Meanwhile, in a report of GMA News, MIAA officials caught the driver after Chen alerted authorities.

The driver claimed he only used the card once and insisted that somebody had sold it to him.

The MIAA recommended the  Land Transportation Franchising and Regulatory Board to have the erring driver's license blacklisted.

The driver, whose unit will be impounded for three months, is also facing a fine of P120,000.

Watch the video from GMA below: