by Nathan Singson on 5:50 PM in News
Over 300 members of the Kalipunan ng Damayang Mahihirap (Kadamay) have recently gone against the organization claiming that it has been corrupt and taking advantage of its members. 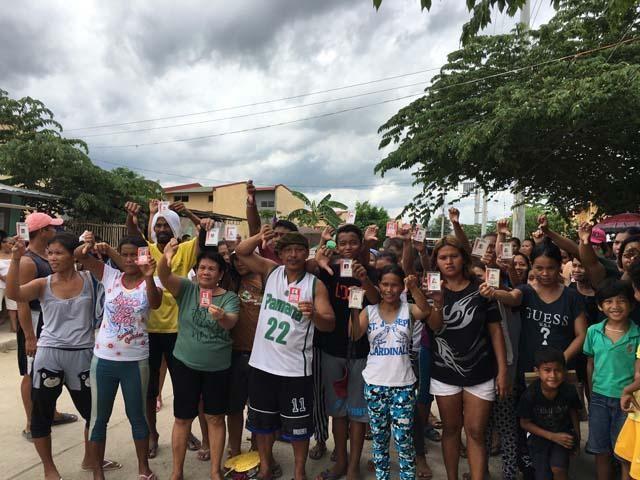 Kadamay is a pro-urban poor organization.

Those who got out of the organization were occupying a government housing project in Pandi, Bulacan.

They allegedly showed their protest by throwing away their Kadamay identification cards and chanted President Rodrigo Duterte’s name.

Cayman is one of the leaders of those who quit from Kadamay.

They claimed that they have been forced to join protest that call against the president and that they were forced to pay.

He alleges that they shell out their own money for “lakbayin”, and that joining in the rally was not voluntary.

He added that they are made to choose between paying or joining in the rallies.

An anonymous Kadamay member claims that he was asked of P15,000 to secure his spot in a vacant housing project. He said that he had to bargaining, reducing it to P10,00, and finally settling that he paid P7,000 and have the P3,000 paid later.

Chairperson Pat Tupas said that everything is voluntary.

He also said that Ariz, a former member, was a Kadamay official before but was stripped of his position after he was caught acting as an agent in an illegal sale of vacant housing units in Pandi.