by Kristine Sobrevilla on 3:31 PM in News

Former First Lady Michelle Obama shared her struggles with her mental health,she suffers low-key depression during Pandemic, that is why she strongly encourages American people to speak more openly about their mental health. 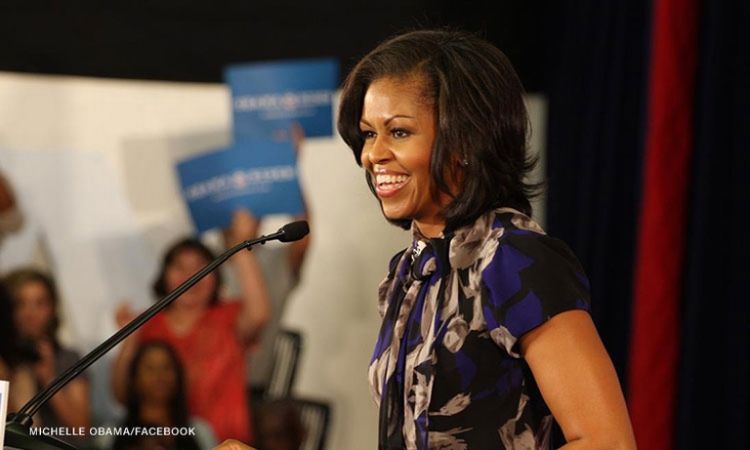 Low-grade depression is mild depresson that can be treated with talk therapy and sometimes medication.

"Depression is understandable in these circumstances, during these times," she said in an interview with People magazine. "To think that somehow that we can just continue to rise above all the shock and the trauma and the upheaval that we have been experiencing without feeling it in that way is just unrealistic."
"This is one of the reasons why we need to talk more about mental health because everybody deals with trauma, anxiety, the difficulties in different ways," Obama said in a video posted to People's website.
The COVID-19 pandemic and the economic fallout has brought on a mental health crisis in America, US Centers for Disease Control and Prevention survey in august showed that 1 out of 3 Americans says that they experience the symptoms of depression.
"Needed to acknowledge what I was going through, because a lot of times we feel like we have to cover that part of ourselves up, that we always have to rise above and look as if we're not paddling hard underneath the water." Obama told to People Magazine.
"We had the continued killing of Black men at the hands of police. Just seeing the video of George Floyd, experiencing that eight minutes. That's a lot to take on, not to mention being in the middle of a quarantine," she said.
"I encourage everyone to get a vaccine as soon as they have an opportunity," Obama added.
But in spite of her depression, the former first lady also shared that the pandemic has allowed her and former President Barack Obama to build a stronger relationship with their two daughters as they quarantined at home.
***
Source: CNN Philippines
Share This:
Facebook Twitter Pinterest Linkedin Whatsapp Whatsapp
News
By Kristine Sobrevilla at 3:31 PM