by Nathan Singson on 12:55 PM in Social Media, Trending
Juv P. Montańer, one of the many Filipinos who has a Facebook account, talks about her brother-in-law’s ‘irreplaceable love’ to his two daughters who have not seen their father for three long years because their father was working overseas. 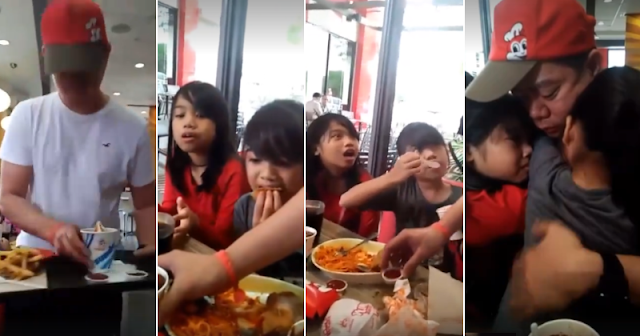 According to the said post, the his brother-in-law worked in Dubai as a nurse for three years and over those three years, he have not seen his two daughters—Breanna and Chayyen.

The two siblings are not strangers to hardships. Their mother was also not around because she was also working in Bohol while her daughters live in Marawi City with her relatives.

After the siege of Marawi City, the two siblings experienced the feeling of running away from warzone. They travelled for ten hours just to flee from the conflict stricken city.

Breanna, turning 8 years old, wished only for one thing—that is to see her parents and her family to be complete. 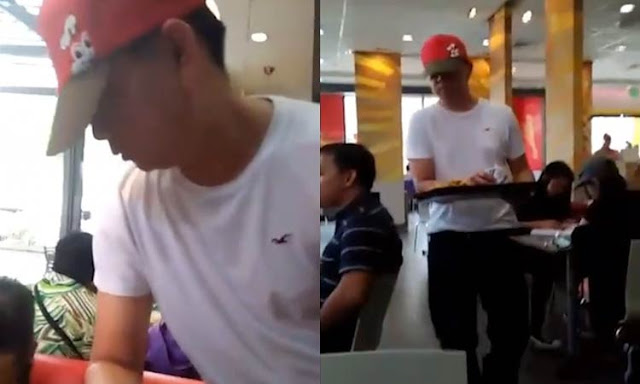 She said to Montańer: “Mommy Juv, I will pray million times because Daddy told me he might come home”.

Here is an excerpt of the post explaining the surprise:

“One day my brother In law called me up that he is coming home, and asked me to set up a surprise and if possible he can wear a Jollibee uniform. Gladly, the manager of Jollibee Tubod Ros.Heights , allowed him to wear just a jolly cap, to hide his identity while pretending he was one of the Jollibee crews.

Here's a very touching video , that happened recently at JOLLIBEE..

Glenn told me he does not take it off, for it is his comfort when the loneliness and sadness strikes while he's far from his daughters.”