by Nathan Singson on 11:06 PM in Entertainment 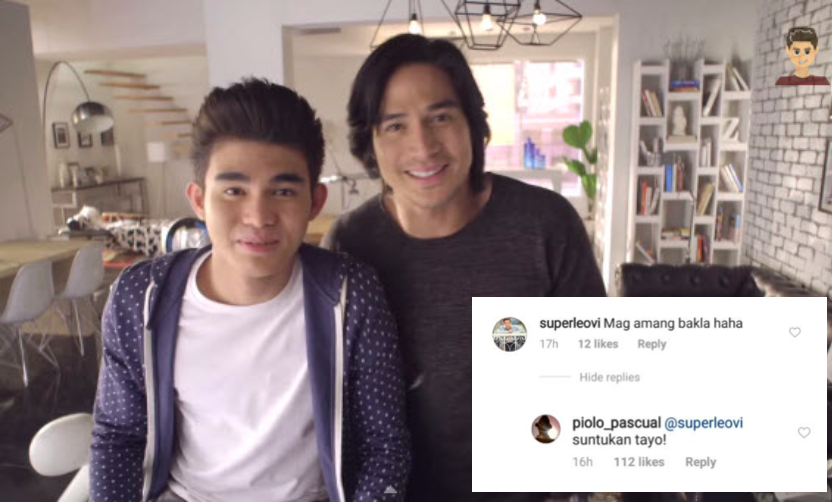 Iñigo Pascual and Piolo Pascual / Photo credit to the owner

Actor Piolo Pascual has always been suspected and called “gay” by many people, and he is known to respond to these allegations. But this time, when a netizen called him and his son Iñigo Pascual ‘gay’, he took particular offense and invited him to a fist fight.

Piolo recently posted in Intagram a photo of him and his son Iñigo after they had their first run for a financial services company in Jakarta Indonesia.

The father was clearly proud of this opportunity for him and his son and his netizen obviously continued praise in the comment section.

However, there was one netizen named Leovi Reyes who did not congratulate the father and son, but rather, said “Mag amang bakla haha”. 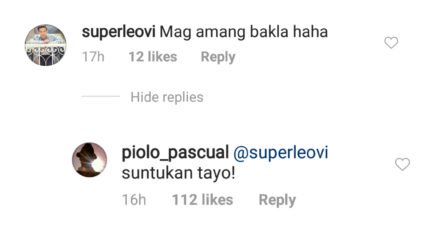 This obviously did not sit well with Piolo and decided to invite Reyes to a fight fight, replying “suntukan tayo!”

Reyes was obviously riling up Piolo, repeatedly asking him where the fist fight will happen and saying that he can be there immediately. 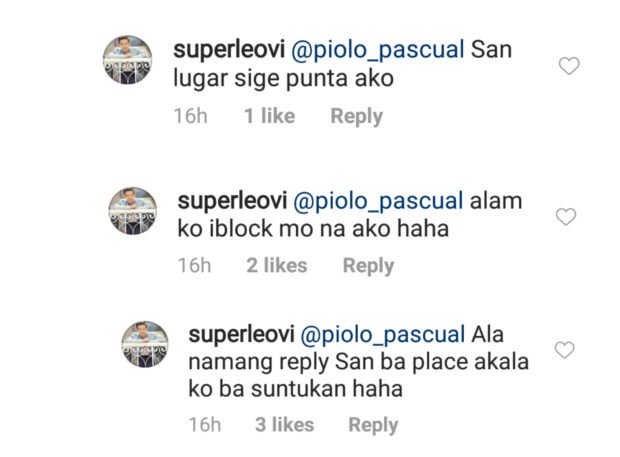 Piolo was also one who responded and said that he agreed to a fistfight. 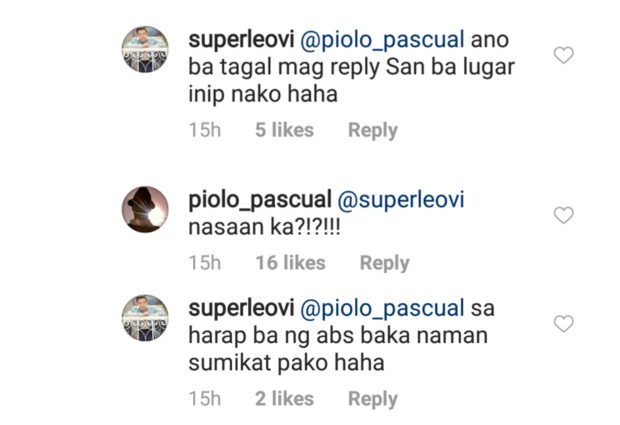 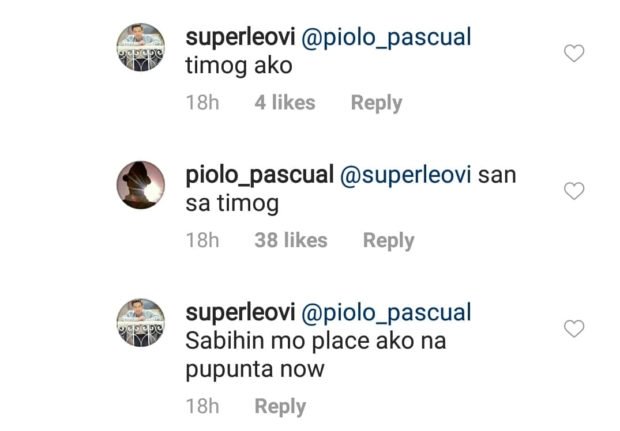 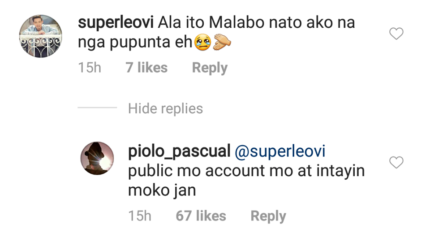 The back and forth between the two obviously got the attention of any other netizens.

It is unclear whether or not the two actually had a fist fight.