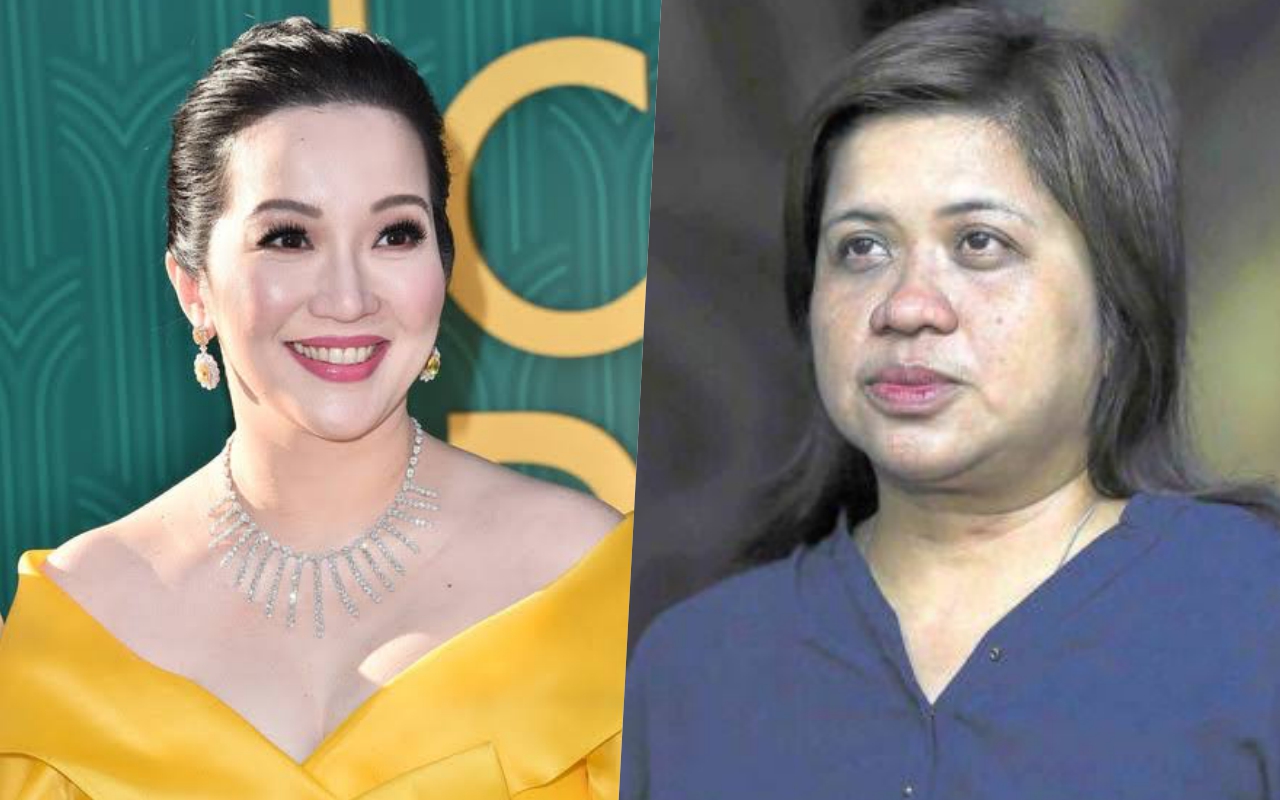 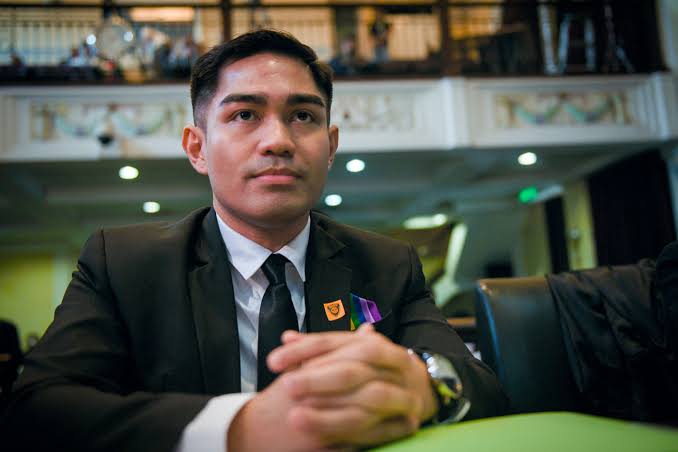 “I have always been a constructive critic of President Duterte. Since he started campaigning in 2015, I supported his proposed policies like same-sex marriage and federalism but criticized his war on drugs, Marcos' hero burial, and pivot to China.

I have always been anti-Duterte (but fair and reasonable). I was never a dilawan. Only my haters called me as such.

I have never accepted offers from certain politicians or personalities to have 'partnerships' or collaborations. One such offer came as early as late 2016. They offered to boost or amplify me but I refused. I didn't want my independence and impartiality compromised—I wanted to retain the ability to criticize even my allies against Duterte.

Even before my brother's professional services as a finance manager were engaged by Kris Aquino, I was anti-Duterte. I also viewed Noynoy Aquino's presidency as generally good (except for Mamasapano debacle and DAP). That is why I got a bit irritated when I was accused of being dilawan or anti-Duterte only because my brother was engaged by the sister of PNoy.

I knew little of what my brother was doing except the legal side of his businesses where he would consult me for legal matters. I have never met Kris Aquino and I would never want to meet her. Si PNoy na lang.

So when his former client filed fake cases and libeled him, it was to my surprise that he was also involved in the PR side of a bigger political battle. I learned about the screenshot below after I had to quiz him and look at all his documents and messages to be able to advice him legally as to his rights and remedies.

“Ang una kong tanong kay Kuya when I saw the screenshot below to him was why boost her and not me? Sayang pera ni Kuya, ang generous naman nya.

My brother denied it was his money and told me he thought I didn't want to get involved with politicians as I've told him I want to be independent.

I am releasing the screenshot below for the following reasons:

1. Jover Laurio is a public figure and social media blogger who claims to be independent and impartial.

2. She started posting blog articles totally unrelated to politics or politicians when she posted articles about Kris Aquino's post claiming someone stole from her. I confronted Jover about her blog article and told her it was about my brother. She didn't take down her blog article even if my brother was not a politician but a private figure.

3. People have a right to know how a social media blogger like Jover Laurio was able to grow and reach many people. The COMELEC has stated it will require more transparency from social media political campaigns. One step is for the people to know which blogger is campaigning for whom.

I will release more context and stories in the coming days.

Happy New Year to everyone, Year of the Earth Pig!" 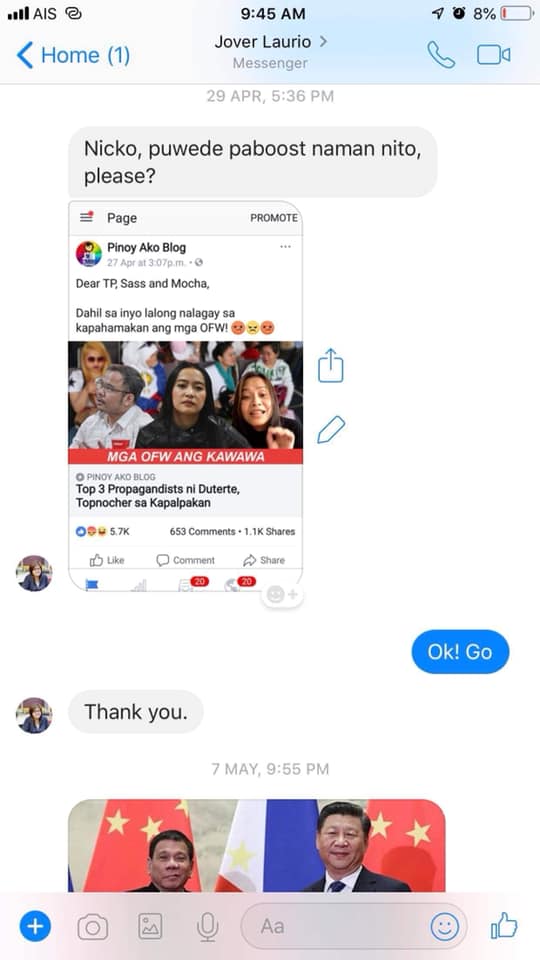