by Nathan Singson on 4:10 PM in News
Defense Secretary Delfin Lorenzana said that the Communist Party of the Philippines-New People's Army (CPP-NPA) blocks the country's growth, on Thursday during the 49th founding anniversary of the group's armed wing. 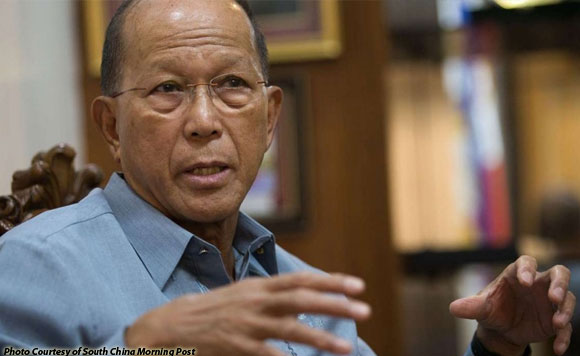 Emphasizing his plea for the NPA  to stop using weapons for their "irrelevant" cause, President Rodrigo Duterte's Defense chief hits them by saying that what they are doing are acts of k!lling, and extortion.

The NPA was founded on March 29, 1969, and has since been waging one of Asia's longest-running insurgencies.

Duterte decided to cut peace talks from the CPP-NPA and tagged them as terrorists. The Department of Justice has petitioned a Manila court to formally outlaw the rebels, as required by the Human Security Act.

"For the past 49 years, you have failed to overthrow the duly constituted government and replace the ideals of democracy with your brand of communism, despite your relatively stronger force and mass base support," Lorenzana said.

"What makes you now think that you can succeed even in the next 50 years given your dwindling number, degraded capability and lack of people's support?" he added.

Lorenzana convinced the CPP-NPA members to surrender and rejoin Philippine society, instead of continuing to be "blinded" by their leaders' "propaganda."

Meanwhile, he doubts NPA's ceasefire declaration for Lenten season and called it a "trick" to convince the government to continue the terminated peace talks.