Opinion A letter of insult to 16M Filipinos who voted Duterte

A letter of insult to 16M Filipinos who voted Duterte 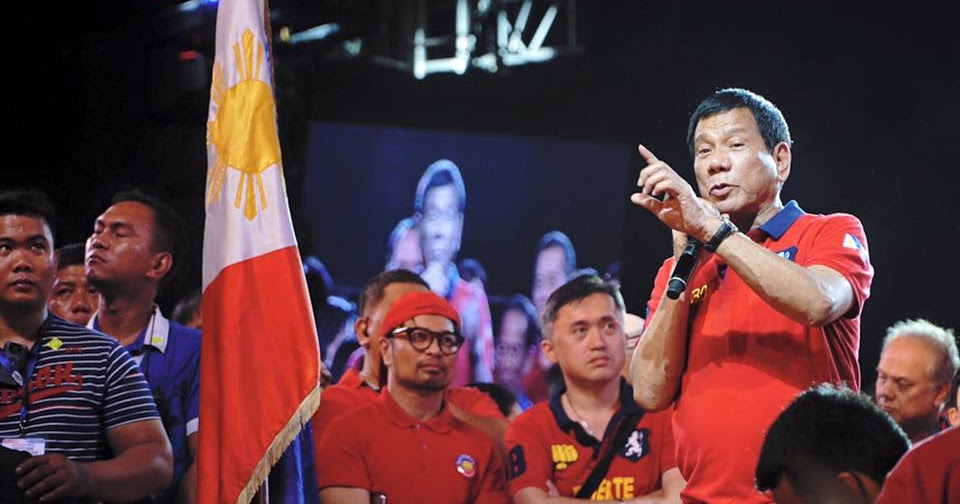 You will never hear the end of it from me for your Duterte vote.


Yes, it’s a free country, and you have the right to vote according to your free will. But as a citizen, you also have the responsibility to vote for the best candidate. To study the facts available to help us choose a leader who would do the best job to lead us through the challenges of a developing country.

Of course, we will always disagree about who the best one was. But why did we have to vote for the w0rst? Yes, the worst. The facts pointed out to that. That’s why eventually, my vote was as much a vote against Duterte as it was a vote for my top choice. 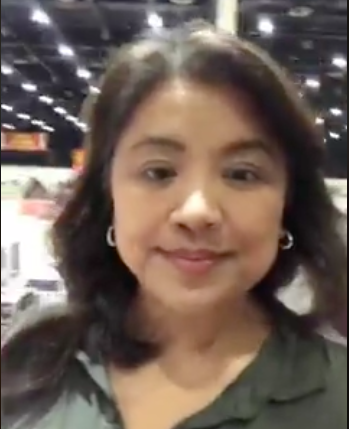 A truckload of facts, if you had bothered to go beneath the very shallow surface, was accessible through Google. And then as the campaign progressed, you did not have to even dig for reasons not to vote for him. They were glaring, flashing, screaming. Red flags galore. In your face. In the debates. Every time he opened his stinky mouth. Evîl oozing from his pores.

He had no economic plans whatsoever. None! No solutions to unemployment. No vision. No cohesive strategy. No track record. All promises. No substance. Remember that cringe-worthy speech with the Makati Business Club? There he was in all his ampaw (empty/hollow) glory.


You, who worked for corporations, managed departments and companies, who made your team do overtime work to finish your annual business plans, so that when you presented to your boss and his/her boss, they would approve your plans and budgets. Every MSExcel cell scrutinized. Every projection defended. Every datum analyzed. But you forgot all that managerial thinking, dumped on the institution that served you your MBA and voted for that incompetent, empty, noisy fool who said he would remove algebra from the curriculum, who said that he knew nothing about economics?!? What were you thinking? Were you even thinking?

And please lang, do not point at Davao as the model for his achievements. That is an insult to the civic communities, the entrepreneurs, the investors, who were the true movers of the city’s economy. If you ever believed the myth about his solving the city’s cr*me and dr*g problems, then you have wasted your intellect and education. No. 1 in murd*r. No. 2 in r@pe. No. 4 in cr*me. And never ever got rid of dr*gs. Ever. After his 20 year rule. After k!lling children.

You, doctors, who voted for this Fentany1 add*ct because you were angry at PNoy and Kim Henares.


You, teachers, corporate trainers, communication and leadership speakers–found substance, form, value, meaning, where there was none. You heard him, saw him deliver speeches that were m@d, senseless rambles that dîsrespected the audience as well as the targets of his diatribes, and then you laughed, and applauded, and called him authentic.

You, parents, who expect so much from your children and from yourselves, talking about values, education, and etiquette, knowing that we live in a civilized world where manners and common respect make us human and humane, but you expected so much less than that from somebody who was going to lead this country through that much-vaunted change, somebody who would automatically be a role model. You were willing to expose your impressionable youth to this m@dman, giving him permission to influence your son and tell your daughter that catca1lîng and r@pe jokes were fine.

You, religious leaders, who did the fist sign with your congregation and used the bible to justify your vote?!? How could you? Oh, how my heart ached and cracked for my church and how hard it was to look deep within me to restore my faith in organized religion.


You political butterflies, who forgot your ideologies, your mandate, the masses you defend and serve, just to get your feet inside Malacanang.

You, who were there in EDSA to kick out the dictat0r, you heard him say that he would resign to get Marcos in. And you voted for him?!?

You, who rag3d against the pork barrel! In his Cavite sortie, the Duts hinted at releasing Bong Revilla! Binoto mo pa rin siya!

You, reformed dr*g add*cts, or even just the dabbl3rs, who could testify that change is possible if given the chance. Why were you so willing to r0b others of that chance? How selfish of you.

And you! You, my fellow woman. He m0lest*d his household helper. He wanted to be first in line to g*ngbang a missionary. He paraded his mistr*sses in front of his wife, even when they still lived together. He kissed women on the lips during his campaign, even as he boasted of a common-law wife and a couple more women on the side. I do not understand how all that did not make you rethink your vote. And some of you even called him Tatay, or mylabs. What was wrong with you?


He ran his city like a fiefdom. No track record at the national level. Dismal performance as Congress Representative–nanood lang ng sine. Disf*nctional personal life. Physical and m*ntal health in question. Rumors of murd*red media personalities who went against him. Admissions of k!lling crim*nals outside the justice system. Rumors of his son involved in sm*ggling and dr*g running. His children beat*ng a guest artist just because of a bad joke. At alam naman natin lahat ng ito even during the campaign period. Pero ganun eh. Iba siya. Totoong tao. Bakal na kamay. Change is coming. Huh? What the?!?!

One of the reasons I got from my friends–because he’s the only one who can achieve radical change that this country badly needs. Bullcr*p! There was never ever any empirical proof of that. You just believed the macho stories. You bought into the myth they built with manipulated polls and paid tr0lls.


It was a vote of desperation. And you chose to be desperate at a time when our country was at its best economic standing in a long time. When we were emerging as a new tiger. Desperation makes you stupid, you know.

Yes, we vote for both emotional and logical reasons. I did. The de@th squad issue was an emotional thing for me. It was against my values. But I also applied logic. It was a method that wasn’t working. The data showed it wasn’t an effective method. And dammit! It was ill*gal. On top of it being imm0ral! And there was no logical data for a projection, an intelligent prediction, to make anyone think that he could solve the cr*me and dr*g problems of the whole country. Ni walang diagram. Walang PowerPoint presentation. At nung kinuwestiyon siya about the How–sinigaw niya “bay0t ka!” Wow lang. Boto ka pa rin. Ibang klase!

You forgot your education, your managerial orientation, your values, your faith and voted for a woman*zing, cursIng, murder*ng, ly*ng, steal*ng, cheat*ng man who was clinically, officially certified to be m*ntally imbalanced.

Two weeks before the vote, we found out that the Duterte family had properties and bank accounts not justified by their earnings as a political dynasty. And that did not make you wonder about his claims of being angry at c0rruption?!?

You’ve made up your mind. And you voted for him.

Because you were angry about traffic, frustrated with the MRT, outraged by laglag bala. And you voted for the one who only said he would solve those problems, without presenting any viable solution, just imaginary numbers and ridiculous deadlines. Naniwala naman kayo.

You just felt like voting for him. Basta. Duterte talaga.

YOU. VOTED. For the w0rst president since Marcos. Maybe even w0rse than Ferdinand Marcos.

And look at where that vote has brought us. Really look. Do not just scan the pages of Mocha, Sass, and his army of apologists.

Am I being unforgiving? Why? Are you asking for forgiveness?"