Entertainment Opinion Richard Poon: 'If one day you come FACE-TO-FACE WITH real EVIL, believe me, you will CALL DUTERTE for help'

Richard Poon: 'If one day you come FACE-TO-FACE WITH real EVIL, believe me, you will CALL DUTERTE for help'

by Jon Mapa on 10:14 PM in Entertainment, Opinion
Back in 2016, singer-songwriter Richard Poon explains why he and his wife Maricar Reyes choose to support the then Davao City Mayor Rodrigo Duterte for the upcoming 2016 presidential elections. 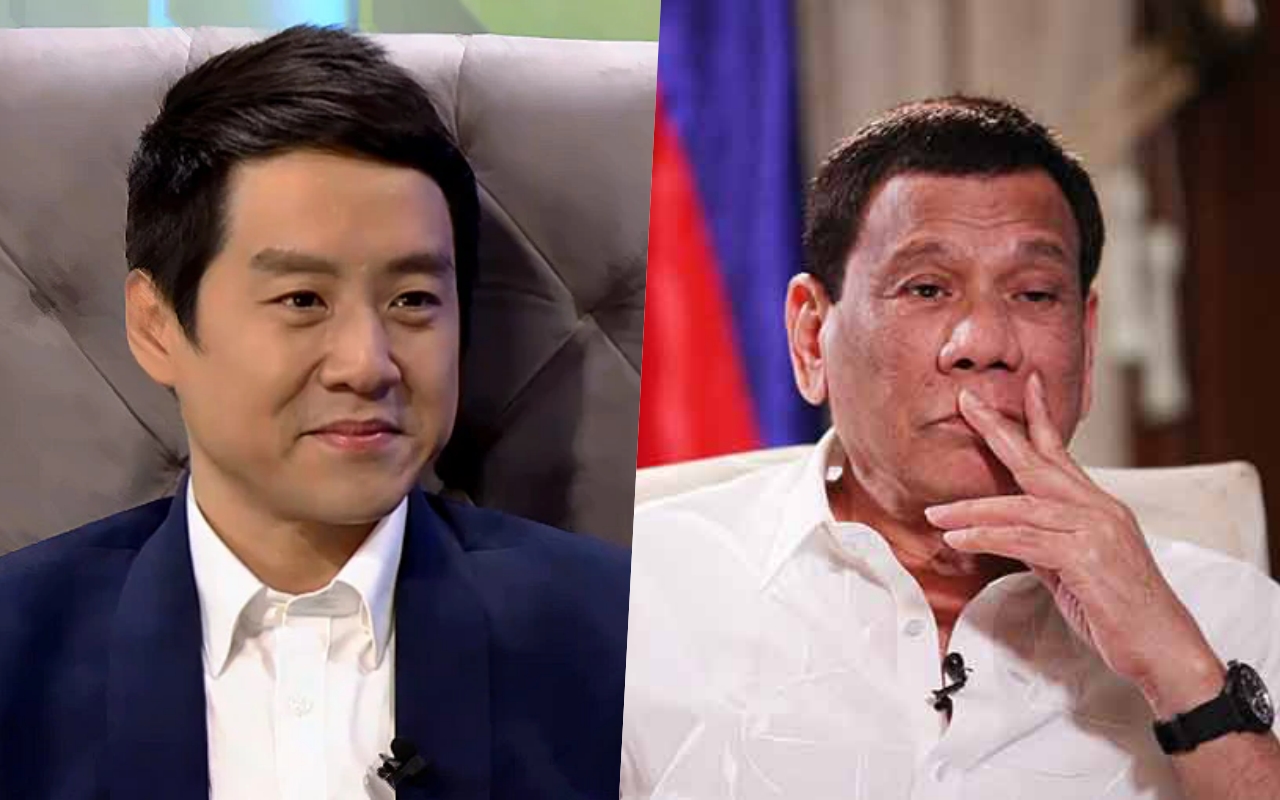 Richard Poon and President Rodrigo Duterte / Photo credit: Star Cinema and Manila Times
Read the full explanation of Richard below:
"Years ago, I was skeptical at Duterte. I heard rumors that he was a feared “berdugo”(executioner of criminals). Curfews at night. No smoking in certain areas, Liquor bans. Maximum 40 kph on the road???!!!
But unknowingly, my MANY TRIPS TO DAVAO to sing for many years OPENED UP CONVERSATIONS with the people there. I was shocked yet CURIOUSLY AMAZED that taxi drivers, ordinary employees LOVE and RESPECT him! In their own words, Duterte was THE EXACT OPPOSITE of the MANY ACCUSATIONS. Many say this is because the Mayor PROTECTED THEM FROM EVIL.
In my circles, most of the people who judge Duterte as an ill leader have NEVER BEEN TO DAVAO to witness his reforms first-hand.
And if Duterte’s ways are really off, will not Davao and the surrounding Muslim world rebel and oust him even in earlier days?
I must admit, WITHOUT MY MANY CONVERSATIONS WITH PEOPLE FROM DAVAO, I would not realize who Duterte really is. So from my heart, thank you so much Davaoenos for showing me Duterte’s truth in real everyday life.
Perfection is out of the question. All Presidentiables don’t have every single person rooting for him/her. If you have some intelligence groups, you’ll know that INSIDE the same party, politicians that dislike each other ARE FAKING smiles onstage and on TV commercials….even holding hands for shared goals:)
I put this argument on the shelf, as it is a waste of time. The voices of the majority of Davao, the surrounding Muslim areas, and the militant groups in Mindanao are clear on Duterte.
My conscience finds it difficult to join those who say “Duterte will never be able to do that—-curb crime in 3 to 6 months!”. So if that’s true, WHERE WILL I GO? To Mar Roxas who promises to MAINTAIN/CONTINUE “Daang Matuwid”? 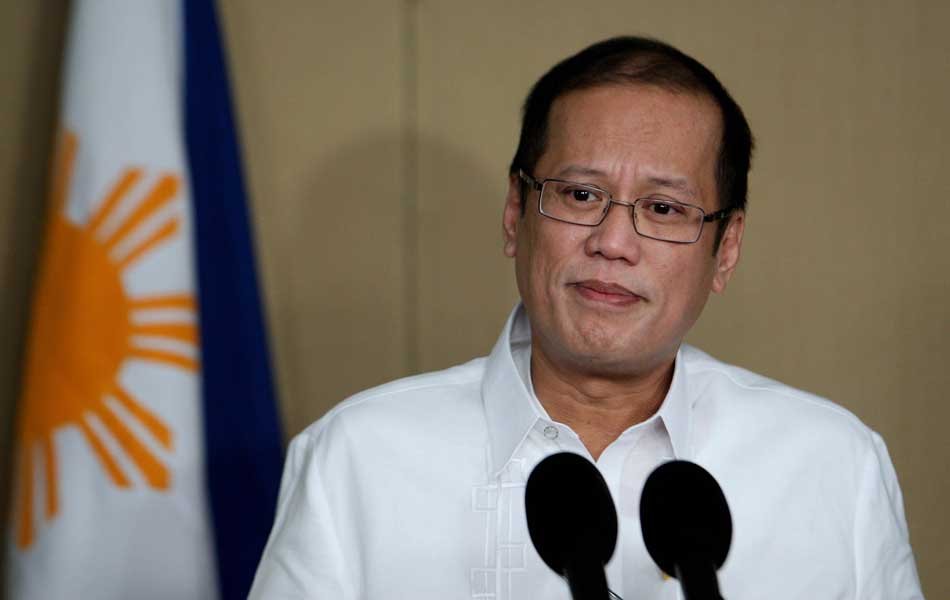 Former President Noynoy Aquino III / Photo credit to the owner
I love President Noynoy Aquino for the LIFT he gave our country from the previous regime, but until today our issues on transportation systems (from the MRT to the Airport) are still in a mess, with VERY MINIMUM ACCOUNTABILITY FOR THE WRONG. Wanna check Yolanda funds for accountability?
Or how many have you seen convicted of hazing deaths? ZERO. Powerful government officials(belonging to the same fraternities) fly the murderers out of the country until we all forget. You won’t forget if the hazing death is your son.
When you pay steep taxes and CANNOT see a simple walkalator operate in your own airport, or roads repeatedly break into potholes after moderate rain...
Isn’t it true, what foreigners say, that most government transactions require some form of "under the table" fees to get through the RED TAPE? And since rules are not consistently enforced, DOING THE WRONG THING (bribes, tax evasion, counterflow traffic, littering, etc.) IS EASIER compared to doing the right thing?
Have you been robbed? Does our present government protect you well and give just punishment to the robber? Do you feel safe? Do CCTV footages just show you HOW POWERLESS WE ARE AGAINST CRIME?
Are the people who ran away with money in pyramid scams, estafa, etc. jailed for good when they victimize you? Or do they GO FREE inspite of you paying lawyers to do their best?
And if criminals are successfully jailed, is it true that they become “kings” in Bilibid prison with money-making businesses like cooking shabu?
I am voting for Duterte because he DID IT IN THE MICRO(Davao). I saw him change what many(including myself)thought to be UNCHANGEABLE—-the corrupt system of governance.
So I will put my hopes and faith that Duterte will do THE SAME in the MACRO(whole Philippines). Even if he takes more than 6 months, I’ll still support him. Rather than ACCEPT THE STATUS QUO of governance, crime, corruption and drugs.
Isn’t it ironic that Duterte—-who has DRASTICALLY CHANGED the CROOKED SYSTEM in micro Davao—- is being trashed by some as a joke in favor of those WHO HAVE NOT SIGNIFICANTLY CHANGED CORRUPT GOVERNANCE? And some expect these people to run MACRO Philippines? 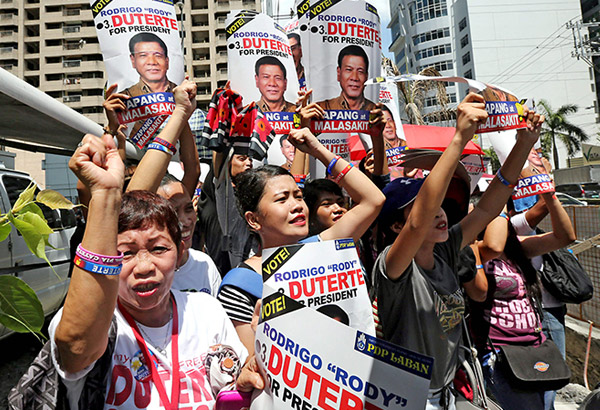 Photo from philstar.com
I have to give a clap for Duterte opponents trying to DISTORT him being a tough, fearless, disciplinarian father THAT DAVAO LOVES and RESPECTS into a tyrant who will take away your candy, be like Marcos, choke you into Martial Law, and kill a law-abiding citizen like yourself.
If one day you come FACE-TO-FACE WITH REAL EVIL(murder, rape, robbery), believe me, you will CALL DUTERTE for help.
I’ll say it again: P-Noy has lifted us up, but there is STILL SO MUCH THAT I DON’T WANT MAINTAINED or CONTINUED in “Daang Matuwid.”
I believe this country deserves BETTER—-someone to RAISE THE STANDARD HIGHER.
I also do NOT agree with those who say “do not vote for Duterte because he is a womanizer and he curses a lot…” Maybe to them THE PRIMARY ROLE of governance is a SQUEAKY CLEAN MORAL IMAGE or DIPLOMATIC EXCELLENCE. If that's the case, Grace Poe and Mar Roxas can easily fit those roles.
But if you, like me, believe that THE PRIMARY ROLE of government is to RESTRAIN and PUNISH EVIL, GIVE BACK JUSTICE to the Filipinos who are so tired of living without it, then Duterte is your ONLY CHOICE.
I will NOT choose another candidate OUT OF FEAR OF DUTERTE. I choose Duterte out of strong FAITH in him.
I say, Go Duterte, give the Philippines hope in CHANGING THE EVIL WE HAVE BECOME SO ACCUSTOMED TO!"
***
Source: Richard Poon Facebook account
Share This:
Facebook Twitter Pinterest Linkedin Whatsapp Whatsapp
Opinion
By Jon Mapa at 10:14 PM