by Jon Mapa on 7:31 PM in News
In an article of the Inquirer way back 2016, before he assumed office, President Rodrigo Duterte said Senator Antonio Trillanes IV could have committed treason in his backchannel talks with Chinese officials over the West Philippine sea claims. 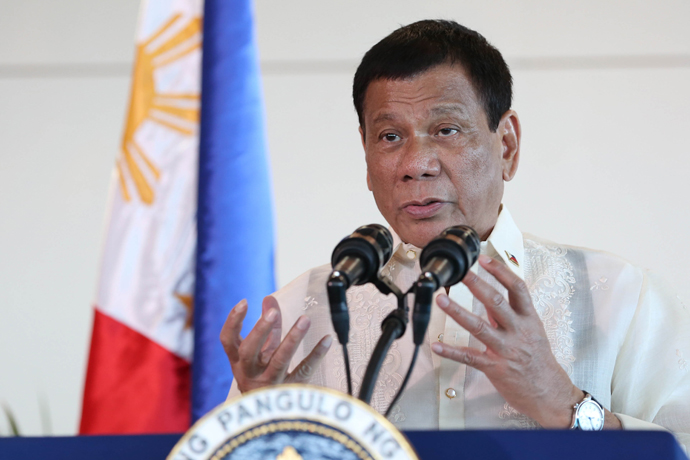 President Rodrigo Duterte / Photo from Manila Bulletin
Duterte said someone should answer for the loss of the Scarborough Shoal to the Chinese.
“I would like to know from anybody in the executive department of the past administration why we lost the Scarborough Shoal,” Duterte said
“I can take all the insults, the muck and garbage that is part of the territory of politics, but itong ganitong nawalan tayo ng lupa (but to lose our land), or whatever is under the water is lupa (land), I can’t take it,” Duterte added.
“Why is it now that we can no longer operate (there)?” Duterte asked.
Duterte recalled that Trillanes initiated secret, “back-channel” talks with the Chinese government.
“Trillanes went (to China) there 16 times. After the 16th visit, we have lost the Scarborough Shoal,” he said.
“To me, it’s treason. Somebody has to answer for that, it means livelihood for the Philippines, for the Filipinos, our fishermen will be deprived,” he said.
***
Source: Inquirer
Share This:
Facebook Twitter Pinterest Linkedin Whatsapp Whatsapp
News
By Jon Mapa at 7:31 PM