Writer and Photographer lists down the mistakes of the Aquino administration

by Jon Mapa on 8:35 PM in Opinion
In a post that has recently gone viral, Bubuy Balangue, a writer and photographer, lists down the many negative instances and happenings during the administration of former President Benigno “Noynoy” Aquino III. 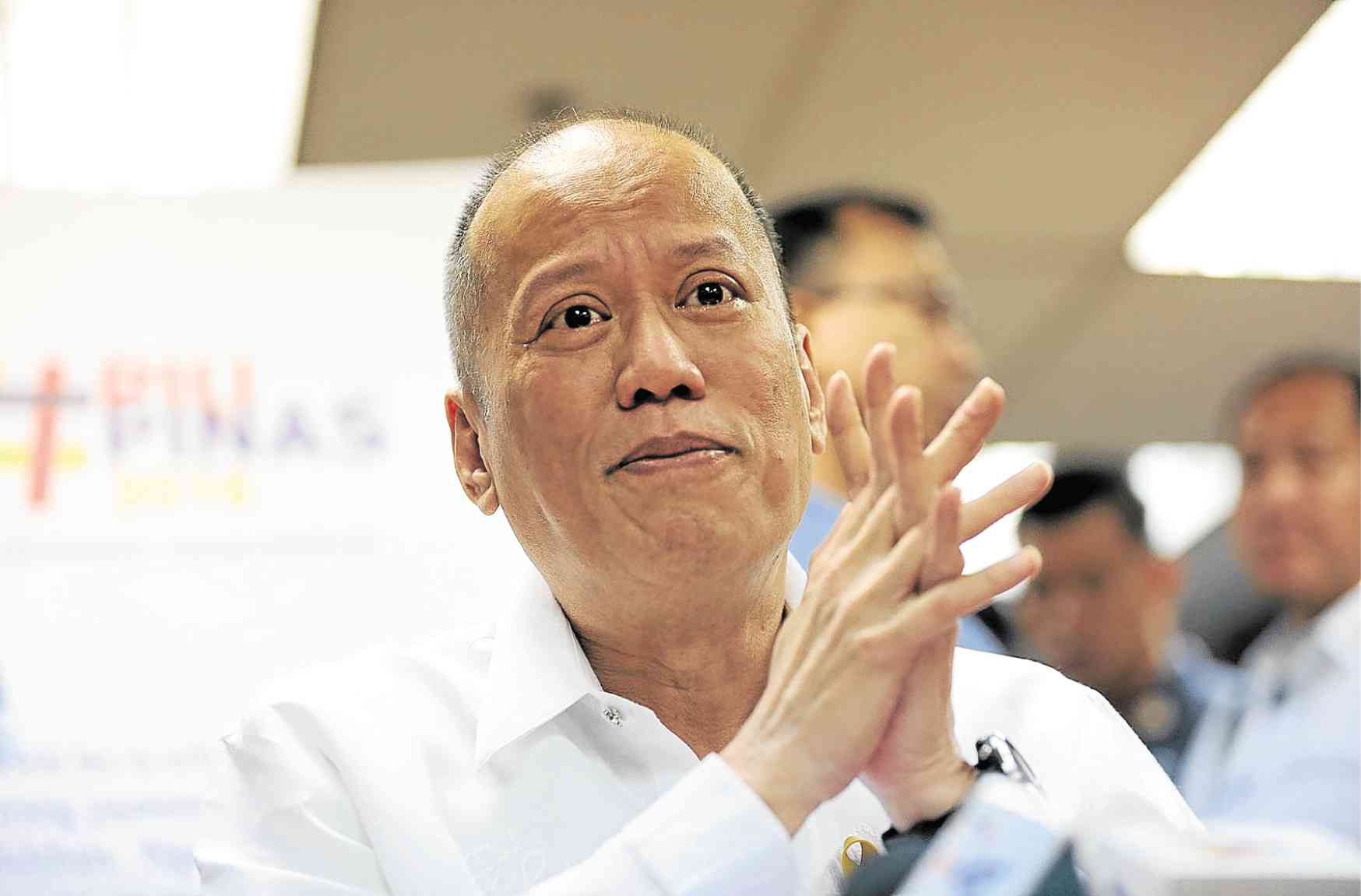 Former President Benigno "Noynoy" Aquino III / Photo from Inquirer
The list had 24 reasons and has reached 1,400 reactions on Facebook, with over 900 shares.
The first in the list was that according to Balangue, the country had the highest unemployment rate in Southeast Asia during that time.
Also in the list is the heavily criticized tragedy of Yolanda where many people have accused the Aquino administration for not handling the incident well.
Balangue also accused Aquino of the death of the SAF44, the P6.4 trillion worth of national debts during his time, the PDAF, the 400 container crates that dumped garbage in Canada, among others.
Also continuously, Balangue accused Aquino of blaming past administrations like the one of former President Gloria Macapagal Arroyo for the negative happenings in the country, as well as Aquino taking credit for what Balangue says Arroyo started.
Read his full post here:
“1. Under Pnoy, the country achieved the “Highest Unemployment Rate” in the whole Southeast Asia and even the ILO affirms this fact!
2. Smuggling loses reached $26+ billion in 2011, only a year after Aquino ascended to the Presidency. A feat that surpassed the smuggling loses of the 3 past presidencies.
3. The MRT has broken down almost daily since Aquino became President despite a government subsidy of $1.2 million a month for maintenance & rehabilitation.
4. Almost 2 years since typhoon Yolanda wrought havoc, the majority of typhoon victims still live in TENTS despite the huge donations from the Global Community. Donations of which, $90 billion cannot be accounted for.
5. Metro Manila was given an allocation of 28+ billion “IRRIGATION FUNDS.” Even though Metro Manila has a single rice field anywhere.
6. We have become the “Global Dump-site.” We just “Imported” 400 Container crates containing garbage and other assorted wastes from Canada. Do not be surprised if “Imported Garbage” eventually appears from countries such as Japan, South Korea and Germany. Eventually reaching the Bureau of Customs.
7. Balikbayan Boxes were subject to “Random Inspections” and taxation if it exceeds $500 in appraised value. An unprecedented feat which no previous administration even thought about.
8. Misappropriated billions upon billions of Public Funds at the stroke of a pen. Yet, didn’t create an Executive Memorandum. Released those funds without GAA approval. And justified his actions by stating it was “Done in Good Faith” to “Boost the Country’s economy through Massive Government Expenditure.”
9. Sent the PNP-SAF 44 on a mission to capture an International Bombing Terrorist. Then when the mission went awry, intentionally withheld orders to send reinforcements, which naturally resulted in the Massacre and eventual Mutilation of the valiant SAF 44. And then blame them for not “Coordinating” with the enemies of the State.
10. Consistently blamed his predecessor, former president Gloria Arroyo for the last 5 years of his monumental blunders and Fiasco’s. While at the same time, taking credit for her accomplishments.
11. Presented a graduate of his K-12 program during his final State of The Nation Address. Even though the K-12 program had only gone into effect, earlier this school year.
12. Boasted of having completed around 12,184 kilometers long “Farm to Market Roads,” which until now, no one has actually seen. Experts estimate that these roads, when connected end to end. Would stretch from the Rizal monument in Manila. To Rodeo Drive in Hollywood, CA.
13. Consistently defied Commission On Audit directives (and the Transparency clause of the Constitution as well) to have his PSF (read: Presidential Pork Barrel) audited.
14. Borrowed a total of $100 billion from other countries in just the 1st quarter of 2015.
15. Caused the National Debt to balloon to P6.4 trillion. Which means every Filipino, including the unborn, already owe in excess of P61,000 each. 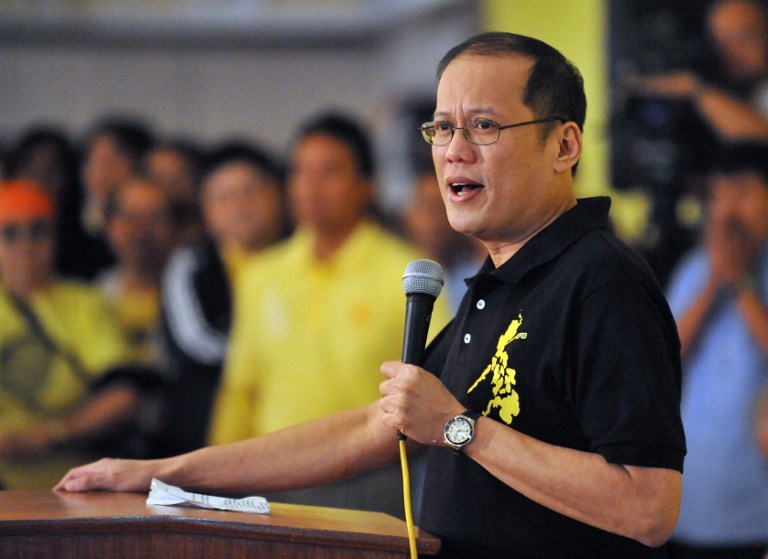 Former President Benigno "Noynoy" Aquino III / Photo from Rappler
16. Defined the horrendous Metro Manila traffic as: “Sign of Progress,” despite estimation by analysts that the traffic problems cost the economy billions in lost revenue every day.
17. Told the grieving families of the slain SAF 44 that they are now “even” as he also lost his father Ninoy, who was gunned down in 1983.
18. Declared that the P700 million Fertilizer Scam during Gloria’s term as being “Much Bigger” than the P10 billion Janet Lim Naples PDAF Scam.
19. Openly defied the Supreme Court by insisting that his DAP is legal and that the SC was wrong in declaring it as unconstitutional.
20. Intentionally defied the ruling on the Civil Service Code on Appointments. And exerted undue influence on the Commission on Appointments just so his “Appointees” finally got the CA nod, after having been rejected by the CA at least three times.
21. Appointed a new Chief Justice who failed the Psychiatric Evaluation. It being the 1st requirement to be even considered as candidate for the Supreme Court.
22. Privatised 75 Government Hospitals, depriving millions of Filipinos their guaranteed rights of access to Free and Affordable Medical care.
23. Thievery and mismanagement of public funds under the guise of mechanisms such as Disbursement Acceleration Program (DAP) and Presidential slush funds
24. Under the BS Aquino government, the Philippines had earned top awards for the worst Airport, worst traffic and worst country to die in.”