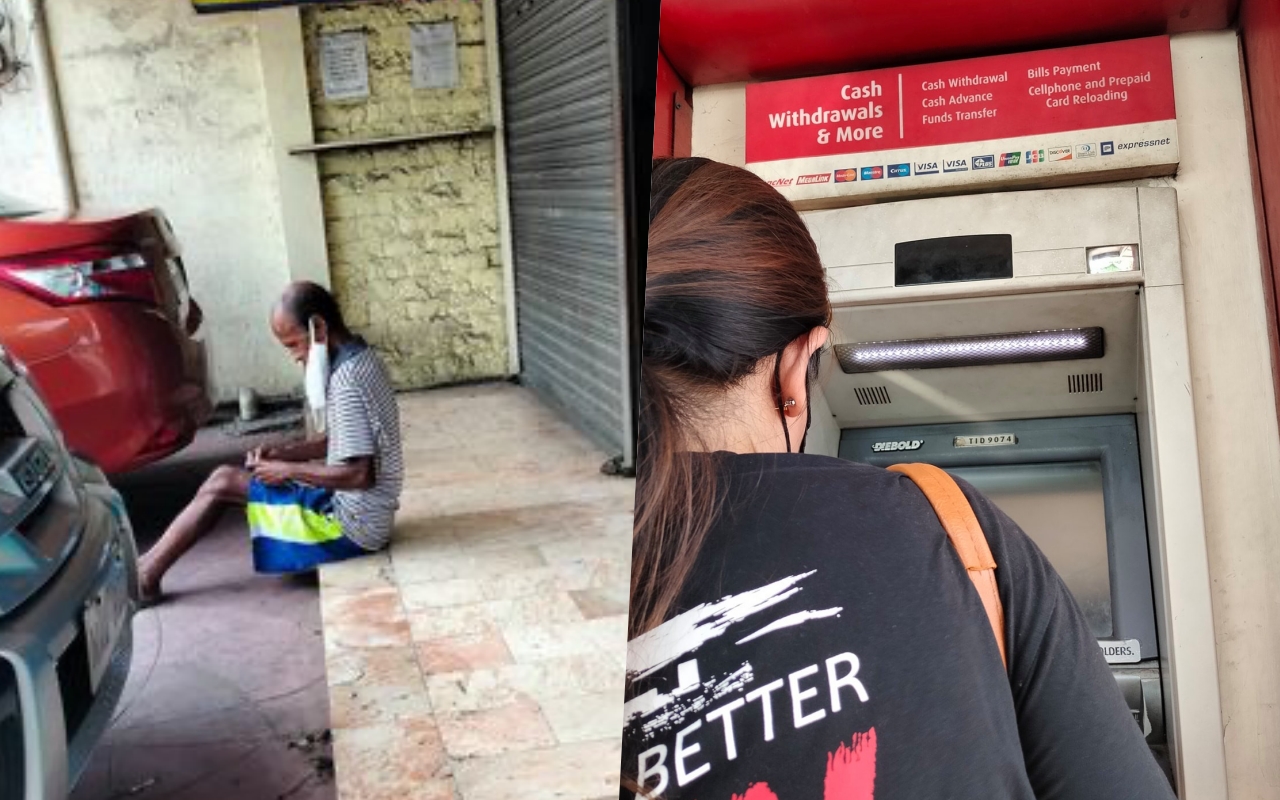 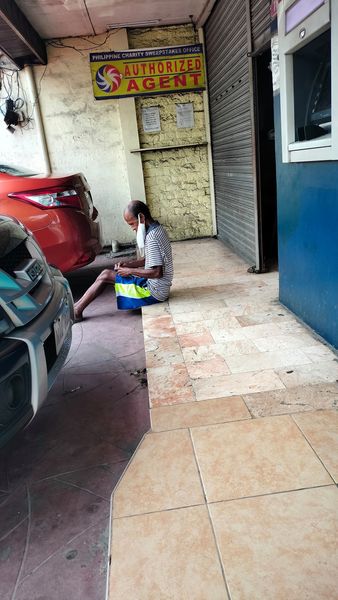 Photo credit: Yana Diaz Mostajo
Basahin ang kanyang buong post sa ibaba:
“Today, I encountered Jesus!
This morning, me and Yowie went out to withdraw money. When we got to the ATM, the line was a bit long and we were 6th on the line. While we were waiting in line, we noticed that there was a "lolo" standing at the side of the line. He was just standing there, holding an ATM Card with a piece of paper. When it was our turn, he approached us and said "tulungan nyo naman ako nyan, hindi ako marunong mag pindot pindot eh."
Of course, we helped him out without any doubts. While we were in the process, he kept on telling us stories like, what happened with his card, he even mentioned that  there was an instance where a guard from one bank even got mad and scolded him just because his card got stuck at an ATM machine. He also told us that, he was trying to withdraw his monthly pension and that he has a lot of "utang" that he needs to pay. Photo credit: Yana Diaz Mostajo
He asked to check how much was the balance in his card and it was less than 3000Php, and he asked to withdraw all of it. When we were finished, he tried to give us 100Php and said "thank you ha", which really shocked me, he did not even look and counted the money first, he tried to hand the 100Php without a doubt and with a SMILE. We were just stunned on what he did, and declined politely. After that he sat down somewhere and counted his money and put it inside his wallet. We tried to give him 100Php and he even hesitated to take it, of course we insisted although we know it may not be too much, his smile simply told us it is enough.
After that, I was literally in shock of what I just saw. While we were walking, I could not help but just say, "Wow, totoo bang nangyare yun? Si tatay na walang wala at kakarampot lang ang meron siya, magbibigay pa dahil lang tinulungan namin siya mag withdraw? Eh ako nga kahit kakilala na, minsan ang hirap pa rin magbigay." But to Tatay's side, we were complete strangers and yet was willing to give even if he does not have enough.
Many times in my life, I tend to question God's plan, and have a scarcity mindset, why do feel like I do not have enough?
But just today, I encountered Jesus.
There were 5 other people whom "Tatay" could have asked for help, but why us?
He was that "Tatay", and I think my question, if not answered, is now understood,
Now, I understand how to be more grateful with what I have.
Now, I understand that I am ALWAYS BLESSED.
Now, I understand that because we are blessed, we also have to be a blessing to everyone.
Indeed, Jesus never fails, and He provides.”
***
Source: Yana Diaz Mostajo | Facebook
Share This:
Facebook Twitter Pinterest Linkedin Whatsapp Whatsapp
Trending
By Jon Mapa at 9:42 PM