by Jon Mapa on 7:17 PM in Opinion, Social Media
I’ve held my silence for 2 years, however in light of recent news, it’s high time I break it.
In 2019, Nas Daily had come to my town to cover my story on The Cacao Project— at the time, I was a huge fan, watching his clips with my Dad daily. At the time, I was gaining some press exposure and building up on opportunities thanks to UNEP’s recognition of the work I do in my hometown for my farmers. It was enough that a friend, Shai Lagarde, had referred Nas Daily to us. 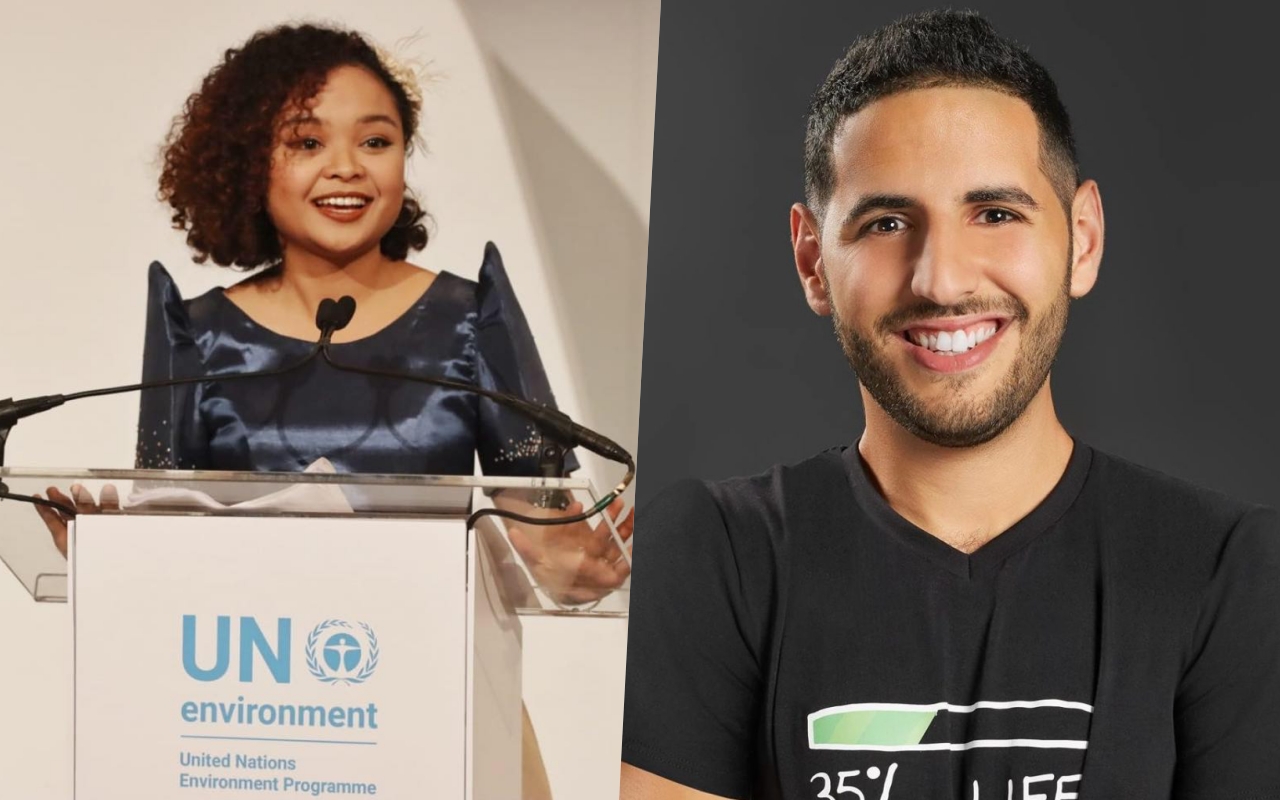 Louise De Guzman Mabulo and Nas Daily / Photo credit to the owner
My family took him and other content creators in as welcome guests— with typical hospitality we are known for. However in so little time, I was disappointed to learn that the man I’d looked up to for years was not the bearer of good news he’d misled his followers to believe he was.
I watched him imitate and mock the local accent and language, vocalising Tagalog-sounding syllabic phrases saying it sounded stupid. He repeatedly said that the people of my hometown “poor”
“farmers are so poor!”
“why are Filipinos so poor?”
He said no one wants to hear about farmers or farms, it’s not clickable viewable content. He didn’t care about making change or shedding light on real issues— he only wanted content, a good, easy story to tell that would get him more Filipino views. He even joked at the start of the day that all he needed was to put “Philippines” in the title, and he’d rack in millions of views would and the comments would come flooding with brainless ‘Pinoy pride’ comments.
My family received no greetings nor any thanks from him when we’d received him into our home, going on to say we were only wasting his time. He refused to eat food my mum had spent the whole morning preparing for him knowing that he’d be tired or hungry.
I’ve worked with journalists, documentary-makers, professors, who have seen my work, interviewed me, and even featured us, and have had no negative experiences that could ever brush up to what I saw that day. Blatant discrimination of my people, no regard for local customs or cultures, and he’d built a story in his mind without meaningfully understanding the context of what he was going to cover. As a result, he was disappointed that my work wasn’t the perfectly packaged story he’d pre-determined and imagined— I mean what visual popcorn can you create out of a farm? 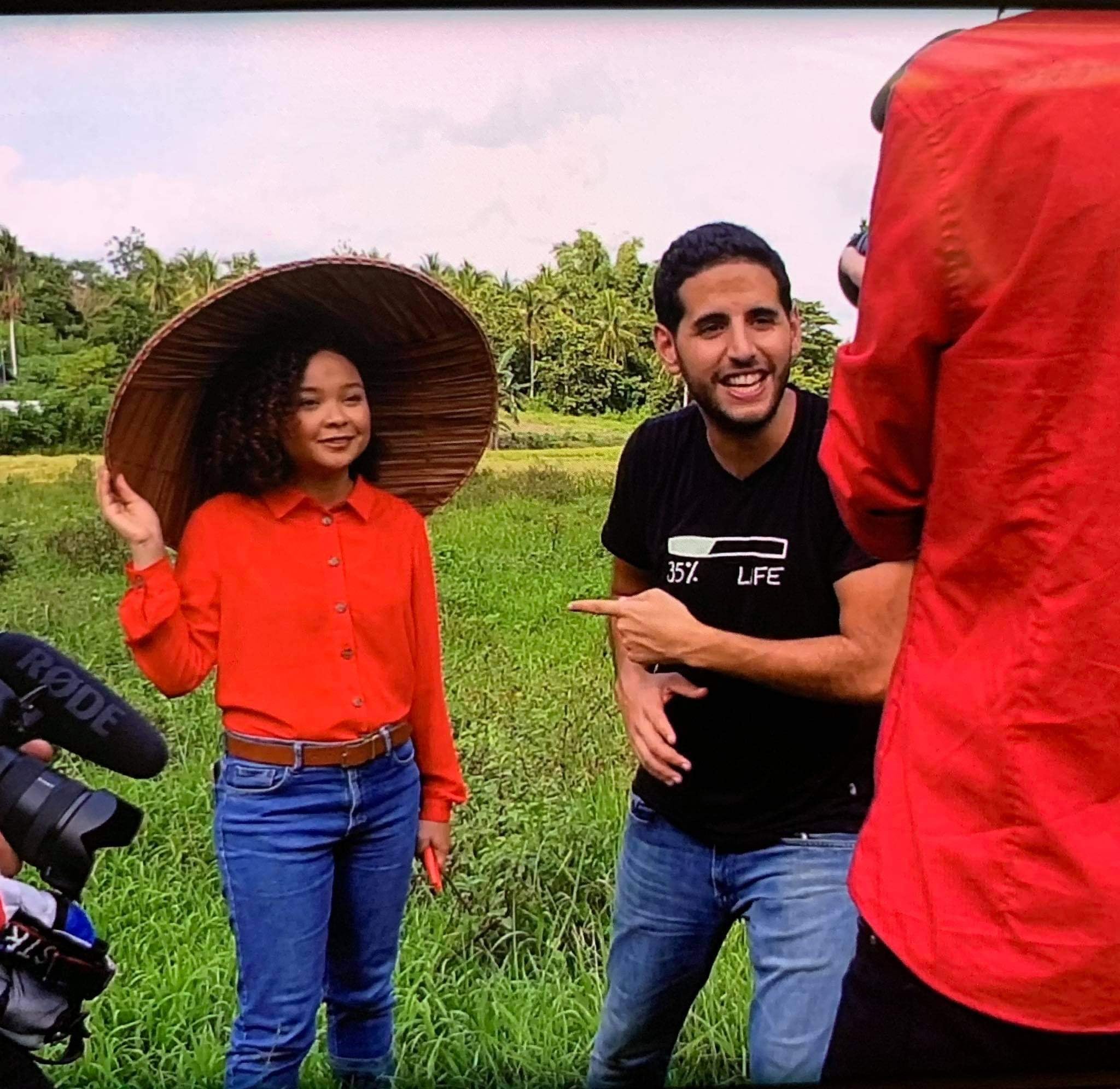 Louise De Guzman Mabulo and Nas Daily / Photo credit to the owner
At the end of the day, I was exhausted, I had no patience left, and I’d worn out every last dreg of my tolerance. He refused to let anyone take a break or eat, and he blamed his lack of “presentable click-worthy content” on me and claimed that everything is not clickable or viewable.
I was fully transparent on our phone call that I didn’t think my work would be something he’d be able to visualise, and that there’s too many factors to the work I do that wouldn’t possibly be covered in under a minute— and that maybe it would come to be the kind of content he wanted in five years time, but not now. In his story, he assumed that I’d replaced coconuts with cacao— when in reality, this was unrealistic and absurd, and not the goal of my venture, which is to diversify income streams for farmers. We mutually agreed it was best he should just leave.
I should have known better, that this man was exploitative and fueling a neocolonialist narrative using our need for foreign validation. I’ve stayed silent because I knew that I would face backlash for calling out on this man— after all, it’s easy to take Nusseir’s word over mine. And I’ve been haunted with the knowledge that he could manipulate years of my work with a single carelessly misinformed video— I chose to stay silent about it. I would not risk my hometown, and the farmers here who benefit, over an affront by some influencer.
I told myself, that if he really was like this, it would come to light eventually.
And now, he has overstepped and had the audacity to do the same to Whang-Od and the Butbot Tribe. Yet I still see Filipinos defending Nas despite the statements from Gracia, a fully able bodied representative of her tribe and of Apo Whang-Od, our most revered and iconic artist.
Gracia, you did what I never had the courage to do until today, and if you ever read this, you are not alone in your experience. I stand with you, and hope you can get justice and the compensation your tribe deserves from exploitative content creators.
The fact that he refused to take down the course until Gracia took her post down is a clear sign of systematic silencing, and the hope that they want to continue their money-making from our culture. And now, his response to the issue illustrates a video of Apo Whang-Od signing a dubious contract— the same strategy colonizers used to mislead indigenous people to sell off their land, happening now action in the 21st century, except instead of land, it’s data and content and tradition being sold.
Filipinos should stand together on this— We are not content to be exploited. We are not culture to be capitalised. We are not people to be romanticized. Or poverty to set the scene for “Benevolent Saviors”. We are more than what the world thinks of us.
People like Nas Daily are the new wave of colonialism in today’s world, and I’ve been silent since 2019, but I cannot for the life of me sit silently any longer over this.
I’ve threaded this into my message for years— support local, support local farmers, take action to aid marginalised groups, protect the vulnerable and empower them to stand for themselves too. We can only ever set the ground and pave the way for others.
This has always been my belief, and ever since this experience, I have been mistrustful of anyone who would want to cover or feature what I have done. I have looked at everyone with more suspicion, and I resolved myself to hold no tolerance for affronts of this nature because I refuse to expose the people I care about to discrimination or exploitation in this way, and I have absolutely no filter for anyone who tries to anymore. Gracia had the steel to do what I couldn’t back then— to call out the injustice brought about by exploitative behaviour Nas Daily had normalised, and her people did not deserve.
And now I speak up to amend my silence and put this resolve into action. Let’s support our kababayans and rid ourselves of neocolonialism or colonial mentality. Nas chases Filipinos for content because he knows his validation of our country gives him fame. We dictate the tide. We dictate the trend and virality. 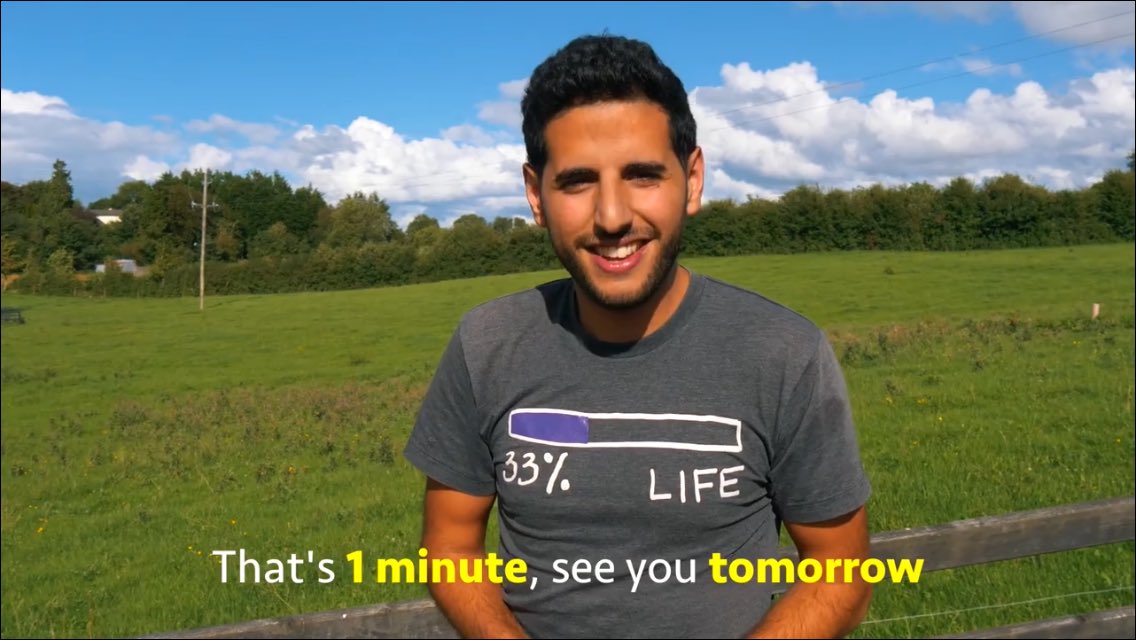 Nas Daily / Photo credit: Nas Daily
Let’s put our own forward instead, Filipinos have the ability to make our country great if we set aside our differences, refuse exploitation like this, and work in the interest of the Philippines and the Filipino.
Thank you Shai for shedding light on this.
***
Source: Louise De Guzman Mabulo | Facebook
Share This:
Facebook Twitter Pinterest Linkedin Whatsapp Whatsapp
Social Media
By Jon Mapa at 7:17 PM