by Nathan Singson on 2:20 PM in Opinion
Former Senate President Juan Ponce Enrile who was one of the leading figures during the EDSA revolt has disclosed to the public what the true purpose of EDSA People Power really was. And it’s not what we always thought it was. 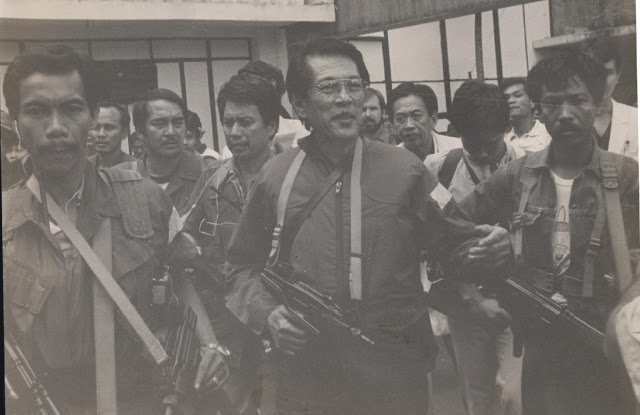 Photo from Google
Kahimyang blog wrote that Enrile revealed the purpose of EDSA during a weekly TV program "Una sa Lahat" hosted by Kit Tatad and in his book Juan Ponce Enrile:  A Memoir.
Contrary to how it is popularized, EDSA People Power was not really a people power. It started out as a military revolt against five generals who were plotting to take over the government should former President Ferdinand Marcos die because of an unnamed sickness. 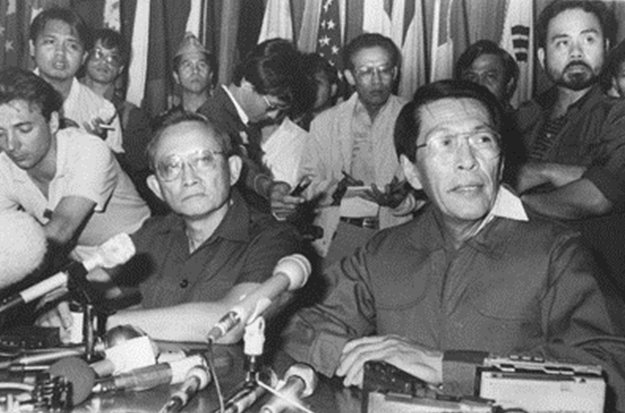 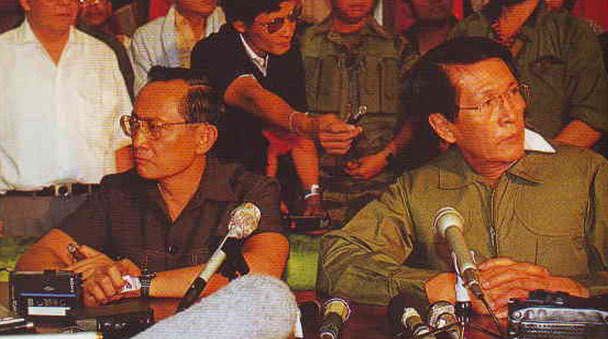 Photo from Google / Fidel Ramos and Juan Ponce Enrile
The civilians who supported the revolt only came after the military withdrew their allegiance to their Commander in Chief making EDSA a civilian-supported military revolt rather than a military-backed people power.
The revolt was to take place in EDSA because it was the most ideal spot for the coup attempt. Enrile’s group considered going underground and wage guerrilla warfare, however they immediately dismissed this idea. Other venues considered were the Philippine Army headquarters in Fort Bonifacio but it was too spacious, while the Philippine Air Force headquarters in Camp Villamor seemed to be vulnerable to artillery fire.
The EDSA revolt was only supposed to last from February 22 to 24, however. it was ascribed to February 25 after the Aquinos joined in the picture. Enrile described it as the most “looting and power-grabbing day”. February 25 was the day Cory Aquino took her oath at Club Filipino as revolutionary president and figures who were not part of the EDSA revolt also partook in sharing the spoils of the military coup. 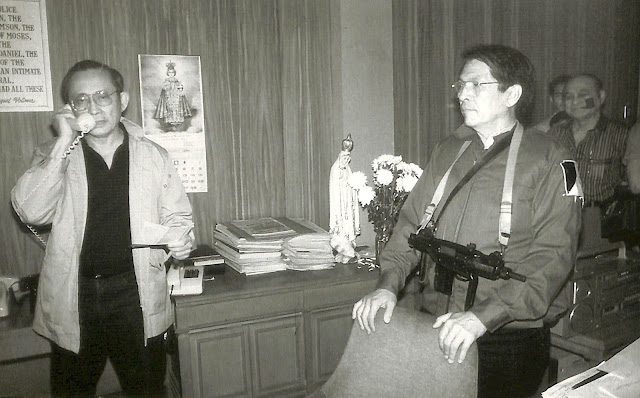 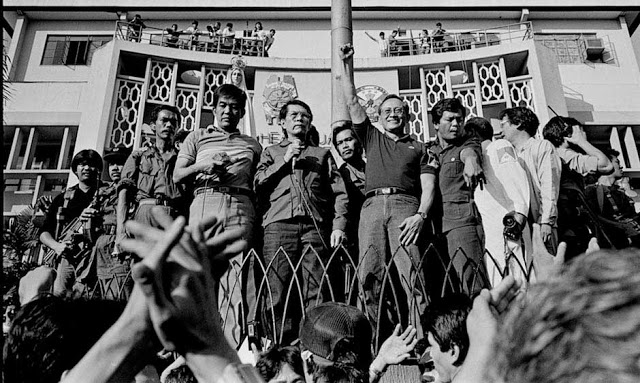 Photo from Google / Fidel Ramos and Juan Ponce Enrile
While Enrile himself had no intention to be a president, he warmed up to the idea of  joining a five-man revolutionary council that would include Cory Aquino, who had lost the February 7, 1986 snap presidential election to Marcos, Gen. Fidel V. Ramos, Gen. Rafael Ileto, and former Marcos Executive Secretary and then-UN official Rafael Salas. However, what happened was that only Cory Aquino took the seat and the series of events that occurred under her reign were disagreeable for Enrile.
Enrile said he was shocked when Cory Aquino decided to abolish the 1973 Constitution and replace it with the 1987 constitution made by her handpicked Constitutional commissioners. Enrile’s disappointment was rooted in the fact that a new Constitution was instituted when what should have happened was that the 1973 Constitution should have been amended to put in the reforms envisioned by the revolutionary council. 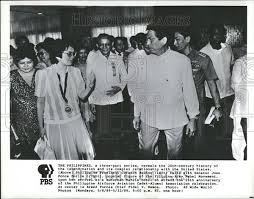 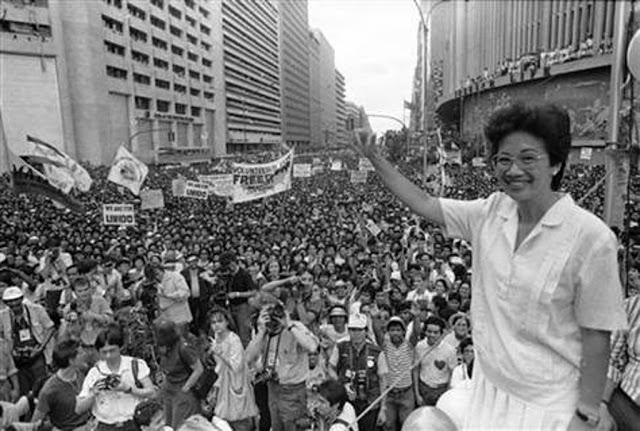 Photo from Google / Former President Corazon Aquino
Cory Aquino even contradicted herself by putting her interests at a pedestal. The new Constitution under her regime explicitly stated that it would be extended "the six-year term of the incumbent President and Vice President elected in the February 7, 1986 election…for purposes of synchronization of elections…to June 30, 1992”. The provision applies to Marcos and his running mate Arturo Tolentino who won the snap elections in 1986 even though they were not allowed to sit.  Instead it was Cory Aquino and Salvador “Doy” Laurel that sat as usurpers for the next six and a half years. The hypocrisy of Cory was said to explain why several coup attempts happened during her time, none of which got through because of the assistance of the US Air Force.’
Going back to the true EDSA revolt, Enrile plotted this coup when Marcos was stricken with an unnamed disease that placed his life in danger. General Fabian Ver, the AFP Chief of Staff, who was also chief of the presidential security, intelligence, and a few other things, had begun contemplating a military junta of five generals who would take over the government under Mrs. Imelda Marcos should anything happen to the President. 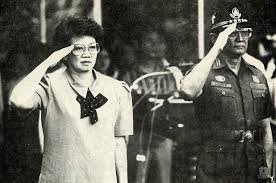 Photo from Google / Former Presidents Corazon Aquino and Fidel Ramos
Enrile learned that Ver’s plan was to gather all Cabinet members to Malacañang when Marcos dies. The Cabinet will kept there until Marco’s death is publicized, after which Enrile will be eliminated, thus, after finding out the enemy’s plan, EDSA revolt was begotten.
It was never about the Aquinos being favored by the people to be in power.
***
Source: Kahimyang
Share This:
Facebook Twitter Pinterest Linkedin Whatsapp Whatsapp
Opinion
By Nathan Singson at 2:20 PM