Opinion Politics Political analyst warns on what happens when good citizens fail to act against a spreading evil.

Political analyst warns on what happens when good citizens fail to act against a spreading evil.

by Nathan Singson on 10:45 AM in Opinion, Politics
Canadian political analyst shares his thoughts on what happens when good citizens fail to act against a spreading evil. 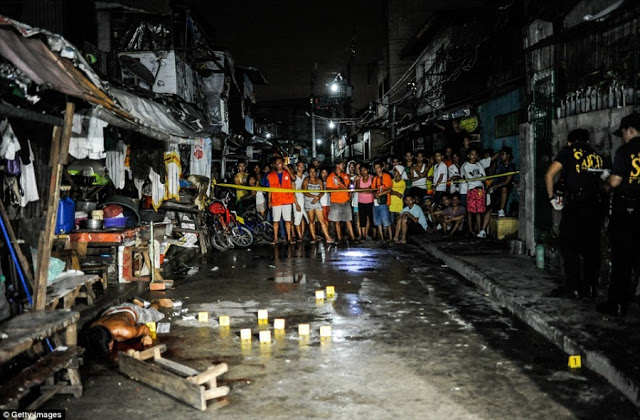 Amir Assadollahi applies the concept to the Philippines because of the widespread crime and corruption that previous administrations have left in their wake.

While not everybody is necessarily partaking in crime and corruption, Assadollahi points out that when good people do not do anything about it, they are also contributing to the worsening state of the country.

Issues like illegal drugs and terrorism must not be addressed with weakness because they tend to be corrupting if let loose like wildfire, as Assadollahi illustrates.

The political analyst says that being “passive bystanders” already makes one a contributor to the evils that are plaguing a society or community.

When the “fire” of evil starts to consumer, Assadollahi advises the public to call for help and start washing out the fire instead of sitting around and letting the fire consume the whole city.

"There were words of wisdom that inspired me tonight in which spoke of the truth and I agree with it.

"[When the good people and good citizens only watch evil (drugs, rape, corruption, ...) and remain idle and silence and do nothing to stop it, they allow that evil acts to succeed.]"

What was said was very true and is at the heart of the matter of the problems that the Philippines is facing.

When good people remain silent on the face of obvious evil (such as drugs, rape, corruption, crimes, etc) or when they are afraid of exposing the true face of evil (those things and people that cause the evil happen), then all they are doing is actually helping the evil grow and in a sense they are participating in the act of evil themselves.

Remaining silent when evil lurks in the shadows of darkness is like letting evil to find opportunity to do its destruction. We need to shed lights on the dark corners, so the evil would not be able to hide in shadows to plot for its next evil plans.

When we are silent, the evil become like a wildfire, and spreads all across the green forest, but evil always starts with the weak just like as a wild forest fire starts with dried out benches before engulfing the entire green forest into flames.

Illegal drugs, criminality, terrorism and corruption are like that evil I have described as the "wildfire," as they lurk in the shadowy corners by waiting and plotting to jump on innocent and weak and aim to spread their evil everywhere through that.

Watching the evil do that from the sidelines and doing nothing about it by remaining silent is like accepting and approving of the acts of evil in burning down the future into fiery oblivion.

Remaining as passive bystanders and hoping someone do something about it, is like participating in the act of evil (rape, drugs, corruption, terror, etc) itself.

If we see a fire in front of us, we need to call for help and begin to kill the fire until the help arrives, otherwise the fire will engulf the entire city we live in and will destroy the green forest too. That is metaphor of course, and I am using it as a simile to create a imagery of what evil is and how it needs to be stopped. I am of course not endorsing killing, but I am talking about remaining silent when evil (illegal drugs, rape, criminality, corruption, terrorism, etc) is in front of us and we know it, we must expose it, because remaining silent or silencing people who want to expose evil is like participating in the evil acts.