by Nathan Singson on 10:51 PM in Opinion, Politics
The Philippine Daily Inquirer is owned by the Rufino and Prieto families who also own Sunvar Realty. Sunvar Realty illegally leased a Creekside/Mile Long property in Makati which President Rodrigo Duterte demands they return to the government. 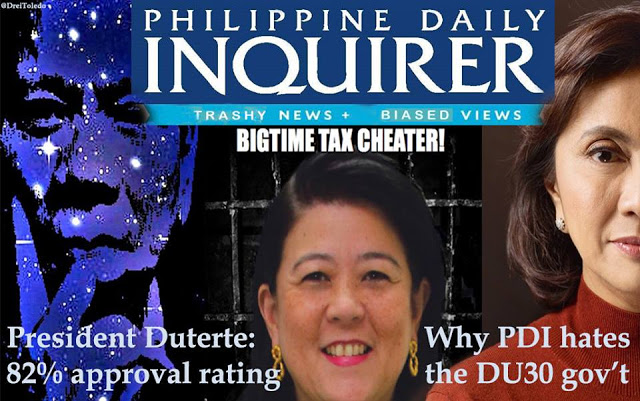 But the Rufino-Prieto clan refuses to budge and insisted that they still have 25 years more to lease the Mile Long property even when their lease expired in 2002, as posted by netizen Drei Toldeo.

With Inquirer under their arm, the family had been using it to attack Duterte’s administration as if to counter or cover up their illegal rent over the Makati property.

“Why PDI hates the DU30 government”

In 1982, Sunvar Realty was leased Creekside/Mile Long, a 2.39 hectare government property in the Makati Business District.

The lease expired in 2002, and so President Rodrigo Duterte is demanding the return of the property. However, the owners, the Rufino and Prieto families, refuse to comply. They say the lease has 25 years more to run.

The Rufino/Prieto clan also owns the Philippine Daily Inquirer. That explains why the newspaper is mounting a demolition campaign against DU30 and people close to him. The ultimate purpose is to bring down the government.

The Inquirer/Sunvar Realty owners could face plunder, a case for which there is no bail.

Selling #PhilippineDailyInquirer to #RamonAng does not absolve the Prietos of their crimes against the Filipino people, and the Philippine government."