by Nathan Singson on 3:31 PM in News
In only 15 minutes, the 911 hotline was able to call in a Red Cross team to a citizen’s home and all of it free of charge. 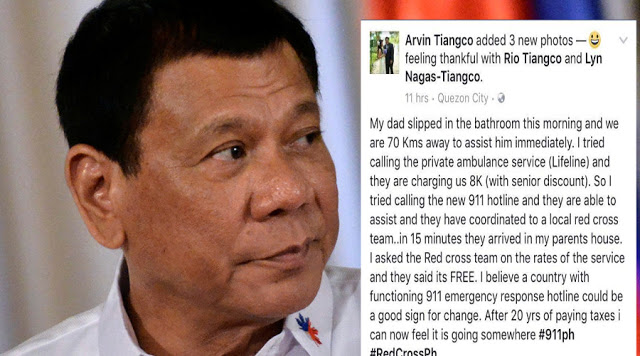 The Tiangco household initially dialed for a private ambulance service from Lifeline, however they were surprised by the service charge of the ambulance which amounted to Php 8,000 even with a senior citizen discount.

Tiangco sought a different ambulance service and called 911, an emergency hotline originally functional in Davao City only when President Rodrigo Duterte was still mayor, but now Duterte has effectuated this hotline for the whole Philippines.

The 911 hotline was immediately able to contact a local Red Cross team and they arrived at Tiangco’s house in 15 minutes.

Additionally, there were no charges made. The service was free.

In Tiangco’s post, he said, “I believe a country with [a] functioning 911 emergency response hotline could be a good sign for change.”

“After 20 years of paying taxes I can now feel it is going somewhere,” Tiangco added. 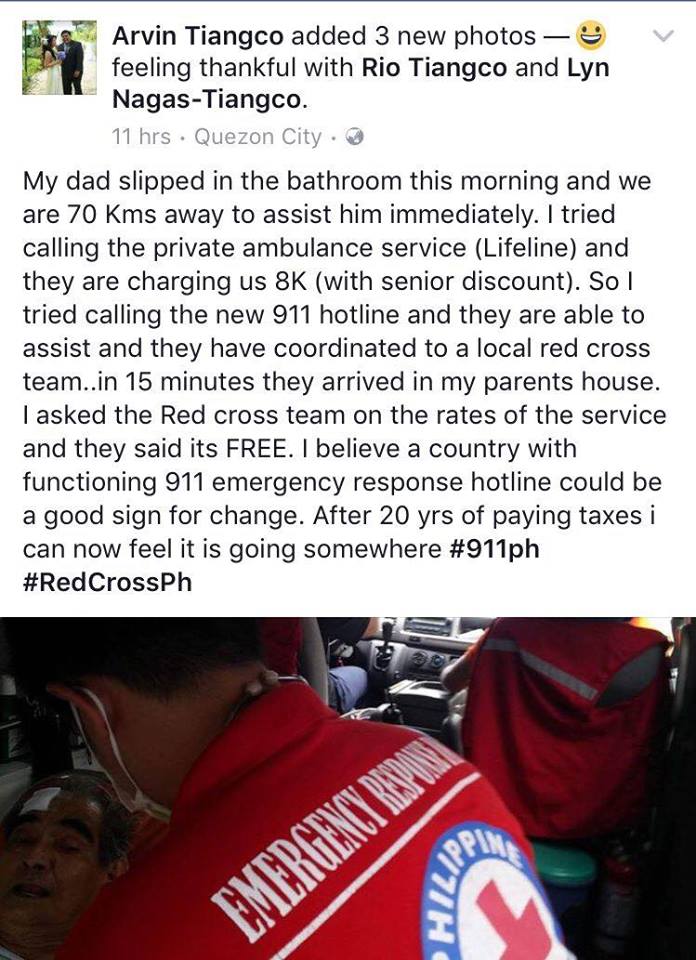