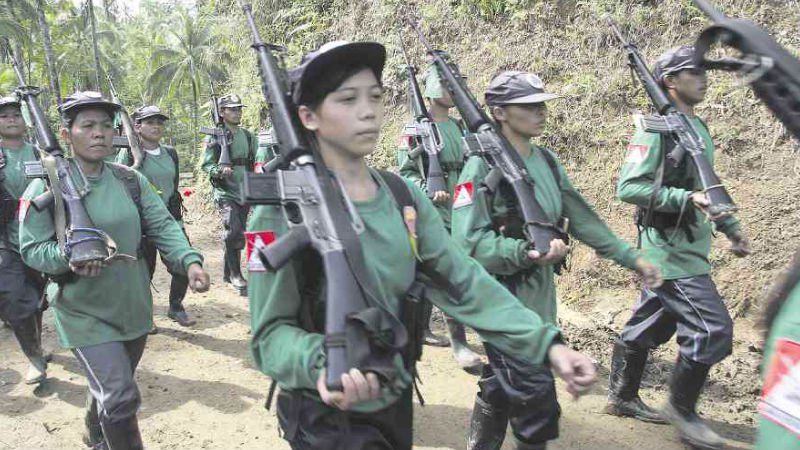 Armed guerrillas from the NPA / Photo from Inquirer

Carranza is the director of the Police Regional Office in Calabarzon.


Students to go the mountains for immersion activities

Carranza claims that as part of their school curriculum, they have to go to the mountain areas of Laguna in order to immerse themselves in those communities.

However, the police say that after they go there, they are “forced” by the rebels to join the communist movement.

Carranza adds that these students are being targeted and threatened by the NPA.

“Nag-iimmerse sila doon then later on the threat [from the NPA] is if they go back dito sa urban area, may threat na sinasabi ang grupo ng NPA na target na kayo ng military and PNP,” he said in a press briefing.

According to the police, a former rebel named Ka Ruben was the leader of the group in Batangas. Him and his comrades surrendered to the police.


When they were presented to the media, they wore masks to hide their faces. Ka Ruben told reporters that the students joined the communist movement out of fear.

He says that they are being threatened with a gun so the students have no choice but to join.