Opinion Former OFW writes open letter to Joma Sison: "You are nothing but an opportunist and a social cancer"

Former OFW writes open letter to Joma Sison: "You are nothing but an opportunist and a social cancer"

by Nathan Singson on 9:03 PM in Opinion
Eric Lorenzo, a former overseas Filipino worker (OFW), decided to write an open letter address to the Communist Party of the Philippines founder, Jose Maria Sison, after the New People’s Army (NPA) based in his hometown demanded for revolutionary tax. 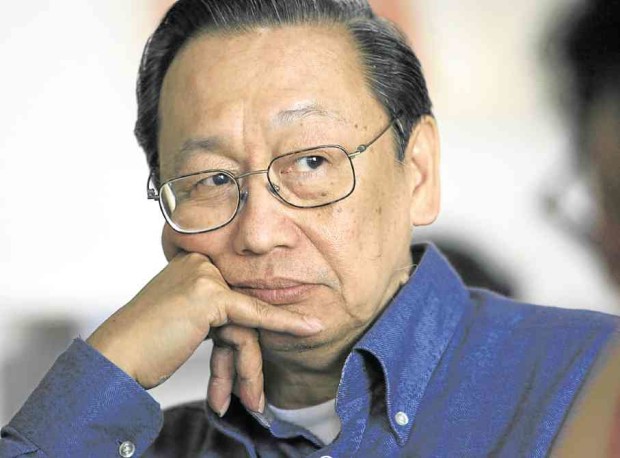 Lorenzo once worked for 25 years in Saudi Arabia as an OFW. After he and his wife have saved enough money, he decided to go back to his hometown in Negros Oriental in order to put up an agricultural supply business.

His store sells fertilizers, certified seeds, chemicals, among others. Because of Lorenzo’s hard work he was able to expand to having five branches for his store.


He had gained popularity in the area and had attracted the attention of the NPA within the area.

The NPA demanded that he give them three sacks of rice and five thousand pesos a month as revolutionary tax.

According to Lorenzo, he was doing so well that what the NPA was asking for was actually easy to give but because he did not have the same principles as them, he refused. This is when he wrote an open letter to Joma Sison.

Hope this story will make you proud of what you are doing.

I worked for 25 years under the heat of the sun in the Middle East in order to feed and survive my family. When I feel that my aging body can no longer do my daily job, I had to decide and gamble the small amount of money that my wife had set aside for more than two decades.

After working in Saudi Arabia for nearly 26 years, I finally decided to go home last 2011 in my hometown in Negros Occidental. My wife and I decided to open a small store selling agriculture supply products like fertilizers, certified seeds, chemicals, and other farm supplies and poultry and piggery feeds. I had to gamble my small savings into a business I never tried before.

My business was so profitable that I had to open to more branches after just two years. In fact, as of today, I already have five branches in two cities and three neighboring towns in central Negros Occidental.

My growing business has never been a secret to your terrorist group.

It was last year when I started planting sugarcane when your group sent me a letter asking for a monthly revolutionary tax of three sacks of rice and 5000 pesos. The amount of money and the supply of rice was never a problem for me. What bothers me is why asked from someone who made a life out of his own sweat? Is this making you proud?

I am not a person who just gives away my possessions to useless people for free. Even if you harassed me and my business, I can still survive, but you, what are you?

You are nothing but an opportunist and a social cancer. You, Bernabe Buscayno, Ninoy Aquino Jr, and other who founded and made your terrorist group exist until today are the worst thing happened into this beautiful country.

I promise to live longer in order to witness your agony soon.”