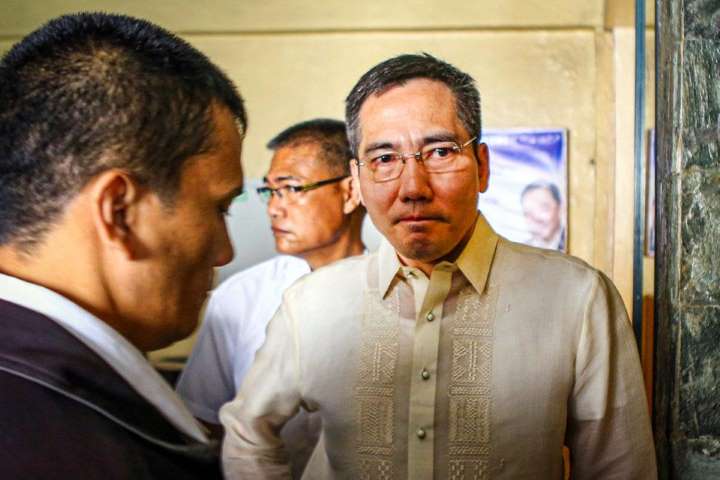 My counsel had pleaded and begged with Rappler and Ressa to correct their false public accusations that I am a criminal, or at the very least, to publish my side.

When I filed this private complaint more than three years ago, I knew that this was going to be a long and painful process for me and my family. Still, I vowed to see this case to the very end.


This is my bid to protect my name, and my sacrifice for my children and our future generations, who deserve nothing less than freedom in the form of absolute truth.

Today, with the judgment of conviction against Ressa and Santos promulgated by the Hon. Judge Rainelda Estacio-Montesa, I have been vindicated, at least, to the extent possible considering that the damage had already been done.

Even today, when the truth should have set me free, Rappler’s lies still resound after the bang of the gavel has faded away.

I have been a private, hardworking businessman for 37 years now. I started out in the humblest of beginnings, a young man selling my wares on a few feet of space in the banketas of Manila.


Motivated by the sheer conviction that I have done nothing to deserve the false accusations against me, I decided to go on my quest for justice even if it meant going up against Rappler, a powerful and well-funded media entity with a global reach, headed by one of Time Magazine’s “Top 100 Most Influential Women in the World” – Maria Ressa herself.

Ressa portrays herself as an alleged defender of press freedom and as a purported target of the Philippine Government, but this in no way exempts her from respecting and following Philippine laws. If anything, being a public figure, mas malaki ang kaniyang responsibilidad na magsabi ng totoo at sumunod sa batas.
As I have proven in the course of the trial, I have never been investigated or summoned for, much less charged with or convicted of, any wrongdoing or illegal act by any law enforcement agency whether here or abroad.

Ressa then dares to publicly connect my private suit to an alleged governmental attack on the Philippine Free Press.


This case is NOT a case of the government. I am a private citizen and this is a private suit. I filed my complaint prior to and independently of any case the Philippine Government may have filed against Ressa. Unlike Ressa, who attended hearings but who refused to take the witness stand, I testified in open court because I believe that I am telling the truth. I went through all stages of the legal process with no shortcuts or exemptions. To repeat, it has been more than 3 years. Had the government been, as Ressa falsely claims, connected with my private suit, maaring matagal nang natapos ang kaso na ito.

This is NOT a fight against the Press Freedom, an institution I deeply respect and uphold. For years, I have personally suffered from Rappler’s false accusations against me, which false accusations have no place in a responsible and free press. Indeed, it is an accepted legal principle that libel is not protected speech.

My filing AND winning this case assures Filipinos that published falsehoods will not remain unchallenged and unchecked in this jurisdiction but will instead be dealt with by law, strengthening the people’s respect for the Philippine Media in the years to come.

Bukod sa pagkaso laban sa mga kasinungalingan at libelo ni Ressa noong 2012 at noong 2014, I have filed another complaint against Ressa for yet another libelous act before the Office of the City Prosecutor of Makati, which I hope to likewise see to its lawful and just fruition.

It is of public record: My counsel had pleaded and begged with Rappler and Ressa to correct their false public accusations that I am a criminal, or at the very least, to publish my side.
They refused.

They have denied me my right to clear my name. Where else can I go to seek justiceand protection but our courts?